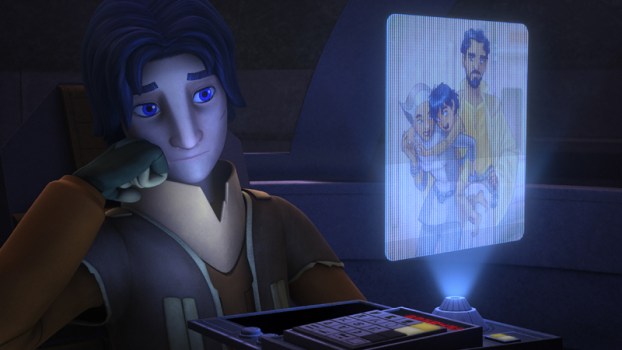 The latest episode of Star Wars: Rebels reveals the fate of Ezra Bridger’s parents and shows the Empire forcing the rebels away from Garel.

If there’s one thing the Star Wars: Rebels crew knows how to do, it’s how to tear the heartstrings of viewers. During Star Wars: The Clone Wars the writers showed they knew what to do in emotional scenes, but even going into Rebels they have consistently been challenging viewers emotions in new ways. The reveal that Ezra’s parents are dead stands out as one of the most emotional scenes in Rebels so far.

The fate of Ezra’s parents has always been an interesting subject on Rebels. We’re introduced to Ezra a teenage boy on his own and we see (later on in the first season) that he believes his parents are dead. However, through visions he has early in this episode, Ezra believes they’re alive and meets Ryder Azadi (the former governor of Lothal) who tells him the truth- Ezra’s parents were killed during an escape from an Imperial prison after being inspired by Ezra’s speech in last season’s episode “Call to Action”. Ezra’s sadness and hallucination of his parents are really hard to watch because you get invested in his emotions and this shows that the cast and crew did a great job on this reveal. 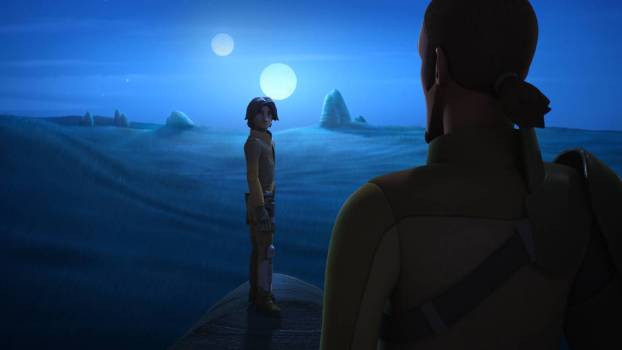 As much as the Bridger story-line was the main focus of the episode, I would have liked to see more of the Empire’s attack on Garel. It was really interesting to see recurring Imperials like Agent Kallus, Seventh Sister, Fifth Brother and Admiral Konstantine working together and it would have been nice to see more of the assault. That said, this didn’t take away from my enjoyment of the episode or how strong it was.

The episode also features the return to Lothal, its first appearance since the episode “The Siege of Lothal”. It was great to see Ezra and Kanan Jarrus back on Lothal and it was interesting to see Lothal in a new way as well- the look of Capital City in Ezra’s hallucination was its appearance prior to the arrival of the Empire on Lothal. 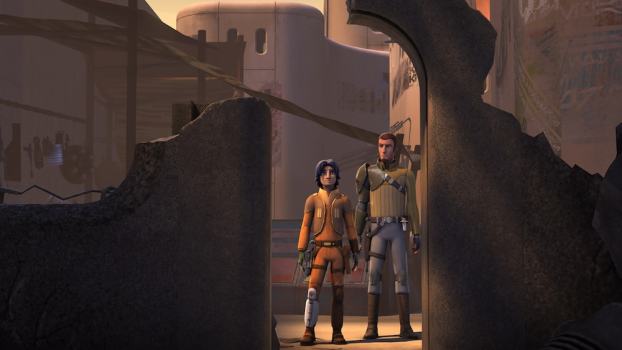 In my opinion, this was an outstanding episode of Star Wars: Rebels. It hit viewers’ right in the feels with the revelation of the deaths of Ezra’s parents. The rebels being forced to leave Garel will also make for an interesting plot-line in the second half of the season.