Welcome To Everything Geek Podcast.

Check out the recent uploads to our YouTube channel.

Join host Ruari in this guest interview with actress Maya Stojan, best known for playing Kara Palamas aka Agent 33 in Marvel’s Agents of S.H.I.E.L.D. and Tory Ellis in Castle.

Join hosts Ruari and Scott in this guest interview with actress Teressa Liane, best known for playing Mary Louise in The Vampire Diaries.

Here at the Everything Geek Podcast we look to provide you with interviews from the cast and crew of your favourite films, TV shows and more as well as other great content we hope fellow geeks will enjoy.

We’re a podcast run by geeks for geeks and we look to provide what we feel we ourselves would want to see from a geek podcast. We do our best to provide as much as we can from popular geek interests including films, TV, video-games, comics and ranging to conventions and collecting.

Check out the index of the guests we’ve interviewed:

Check out our news section for your regularly updated geeky news from around the world: 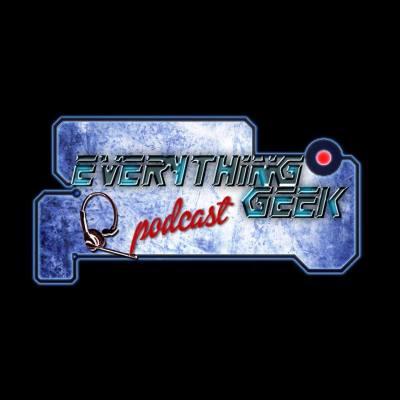 Special thanks go to our staff members for their continued hard work, our guests who were willing to be interviewed by us and to Owen Forsyth, Katie Barry and Fiona Murdoch for their help in getting the website launched.