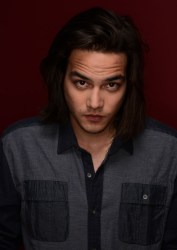 Daniel Zovatto (It Follows, Revenge, Agents of S.H.I.E.L.D) has been cast in a recurring role in the second season of AMC’s Fear The Walking Dead series.

No details on Zovatto’s character have been released.

Thoughts on this casting? Are you excited to see Daniel Zovatto join the Fear The Walking Dead cast?