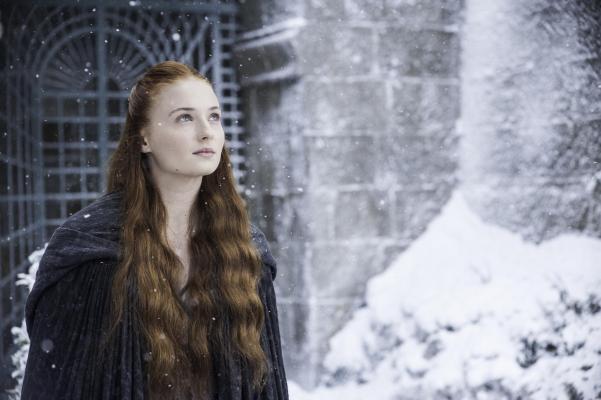 Sophie Turner (Sansa Stark) has teased that the sixth season of HBO’s Game of Thrones series is the biggest season yet.

Considering how rough Sansa had it in Season 5 it’ll be interesting to see if things improve for her. Turner is quoted as saying the following:

“I mean this season is a really, really big one for Sansa. It’s probably her best season yet. It’s her really coming into her own. She, this season, really commands the respect that she deserves and she grabs hold of it and she runs with it and it’s really good.”

Of particular note for fans of George R.R. Martin’s books is the confirmation that a Sansa story-line from the books will be used this season. Turner said the following on the storyline:

“It was amazing because the past five seasons, it feels like it’s been building up and up to that. You can only suffer so much before she finally gets her, the respect that she deserves.”

In summary, Turner believes this is the biggest season because of all of the character development that will be taking place throughout the season.

Thoughts on what Sophie said? Are you excited for the sixth season of Game of Thrones?