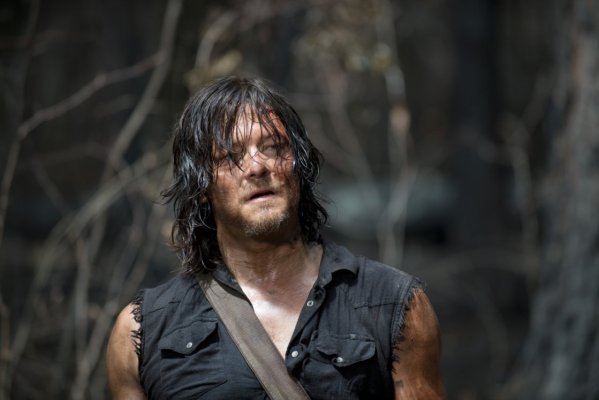 While his screen-time was fairly limited in the first half of The Walking Dead’s sixth season, Daryl Dixon (played by Norman Reedus) will reportedly be getting a lot more screen-time in the second half of the season.

Showrunner Scott Gimple is quoted as saying the following:

“We put Norman through his paces. He’s very scary in this back half, but there are a couple of moments where he made me laugh out loud. There is a whole lot of Daryl and a wide variety of Daryl.”

Andrew Lincoln (Rick Grimes) also revealed that we will see more of Rick and Daryl together in the second half. Lincoln is quoted as saying:

“We have a little Butch Cassidy and the Sundance Kid–type thing going on. It’s safe to say that we get to do the tango, much to everyone’s excitement.”

The sixth season of The Walking Dead resumes on February 14th.

Thoughts on this report? Are you looking forward to more Daryl Dixon action on The Walking Dead?