The latest episode of Star Wars: Rebels sees Sabine Wren confront her past as she takes on her people (the Mandalorians), in an episode that has a lot of references to the Star Wars: The Clone Wars animated series.

Ever since the beginning of Rebels I’ve been hoping that the Mandalorians would be introduced into the show (seen as Sabine is one of the main characters and is a Mandalorian herself), so I was very happy to see them featured in this episode. The number of references to The Clone Wars a nice bonus for fans of that animated series, but it was also interesting to learn of the Empire’s control on Mandalore and how a new group (The Protectors) are overlooking Concord Dawn- a planet that was only previously mentioned in the Star Wars: The Clone Wars episode “The Box”, and was the homeworld of Jango Fett and Rako Hardeen. It was great to finally see this planet officially introduced in the Star Wars universe.

The Protectors were led by Fenn Rau, who we quickly learn fought during the Clone Wars era (and appears in the recently released comic Star Wars: Kanan 10: First Blood, Part IV: The Mesas of Mygeeto). I thought this was a great connection with the comic also only being released this week and it shows how Disney (as well as the Lucasfilm Story Group) is working hard to connect the Star Wars universe). Rau is voiced by Kevin McKidd, making his debut in the Star Wars universe. I think introducing a character like Rau was a great way to explore other Mandalorian factions and (as a fan of his work) I was very happy to hear a well-established actor like McKidd bringing a distinguished voice to the character. 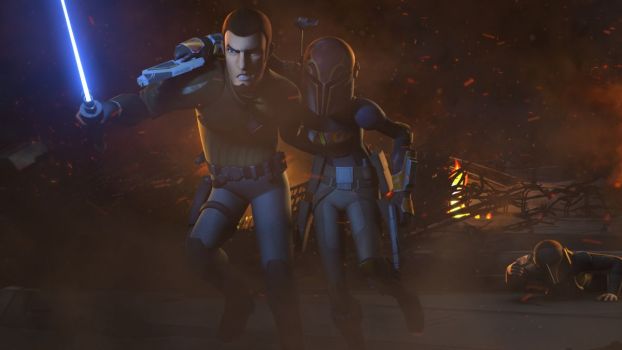 Watching Sabine and Kanan Jarrus working together for a chunk of the episode was an interesting dynamic to watch, with a Jedi and Mandalorian partnering and having very different ideas for what to do with The Protectors- Kanan wanting to continue Hera’s mission of negotiating and Sabine wanting to get revenge on Rau for injuring Hera early on in the episode. Eventually, Kanan and Sabine succeed in taking Rau prisoner and he becomes a reluctant ally of the rebels. Rau’s “support” gives the rebels a new hyperspace route to Lothal. I hope we see more of Kanan and Sabine working together in future episodes. 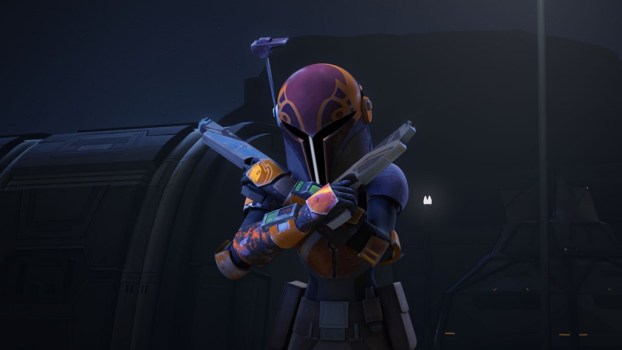 In my opinion, this was an excellent episode of Star Wars: Rebels. It was great to learn more about Sabine’s back-story and seeing the Mandalorians brought into Rebels was a nice treat for long-time fans of the characters. Fenn Rau was an interesting new character to be introduced to and it was great to see a Kanan/Sabine team-up. Hopefully we’ll see more of the Mandalorians on Rebels and Mandalore itself brought onto the show.