New Interview Now Up On Our YouTube Channel- Saul Metzstein 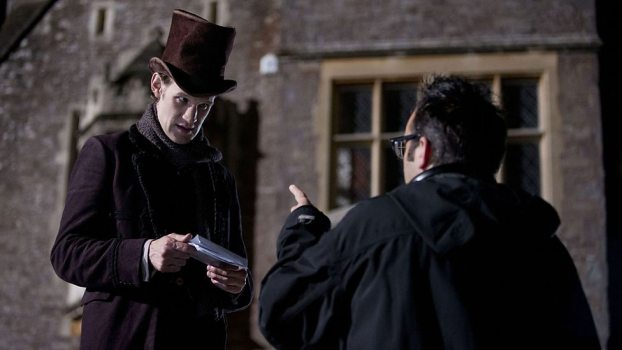 Our interview with director Saul Metzstein is now up on our YouTube channel!

“Join host Ruari in this guest interview with director Saul Metzstein, best-known as the director of the Doctor Who episodes “Dinosaurs on a Spaceship”, “A Town Called Mercy”, “The Snowmen”, “The Crimson Horror” and “The Name of the Doctor”, director of Late Night Shopping and Guy X and a director on Ripper Street, The Musketeers, You, Me and the Apocalypse, Our Zoo and Upstairs Downstairs. In the interview they talk about how Saul decided he wanted to become a director, the film or TV show Saul found the most challenging to get right, how Saul was initially hired to work on Doctor Who, whether Saul knew when he was hired that he would end up directing multiple episodes of Doctor Who, Saul’s favourite of the Doctor Who episodes he directed, the Doctor Who monsters Saul found challenging to bring to life, how Saul felt being voted the Best Director of 2013 by readers of Doctor Who Magazine and Saul’s upcoming directing works and other projects.”