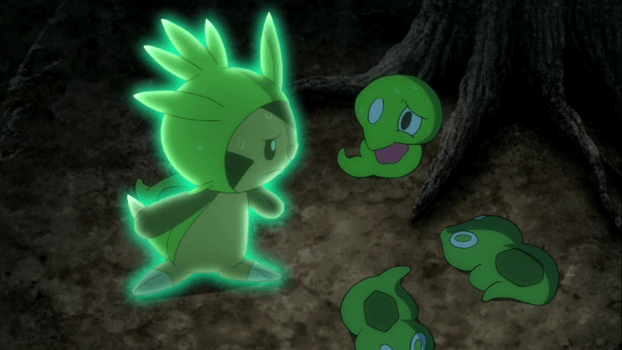 The final act in the Mega Evolution specials hints at the episodes linking into the main series, Alain kicking butt and is the first episode in the entire Pokémon anime to see a trainer other than a champion (Alain) defeating a member of the Elite Four. Did I mention that Alain kicks butt?

While the final act in the Mega Evolution special episodes is clearly intended to lead into the next chapter of the main series, I really liked how this episode managed to stand out on its own at the same time. We see Alain and Mairin reunite (sadly in unfortunate circumstances as Alain doesn’t want her travelling with him anymore), Steven Stone and Professor Sycamore make appearances and the episode introduces Elite Four member Malva. Note: Is it just me or are there hints that Malva is part of Team Flare as well?

Ever since Mega Evolution Act I I’ve wanted to see more of Alain’s personal side explored. While the previous episodes touched upon this I think this episode really shows his personal side excellently. We can see the inner struggle within Alain as he wants to be the strongest mega evolution trainer (which leads to him pushing Mairin aside) but we also see how he struggles when thinking about the people he cares about. My favourite part of the episode is the zoom up on Alain’s eyes and the anger he shows at himself after Mairin’s Chespin is injured. The moment is done so well that you don’t even need words to be said to figure out that Alain is angry at himself. 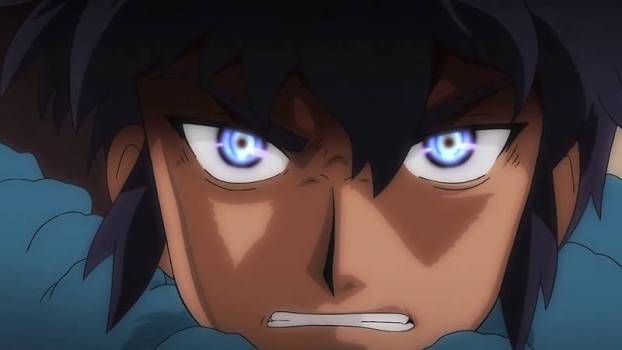 The introduction of the Zygarde Core is definitely intended to tie into the main series. I thought the scenes it had with Chespin and its escape were interesting and I’m intrigued to see where it will end up. Chespin ending up needing medical attention raises questions about what happened to it and I think Mairin’s emotions were handled perfectly.

Lysandre and Malva’s conversation about Alain towards the end of the episode is an interesting one. *SPOILERS*. Fans of the games will know that Lysandre is the leader of Team Flare (the X & Y villains), but it looks like Malva is as well which is interesting. The dialogue seems to indicate that Lysandre has been grooming Alain into becoming a bad person so I’m curious to see where Alain’s story goes next. 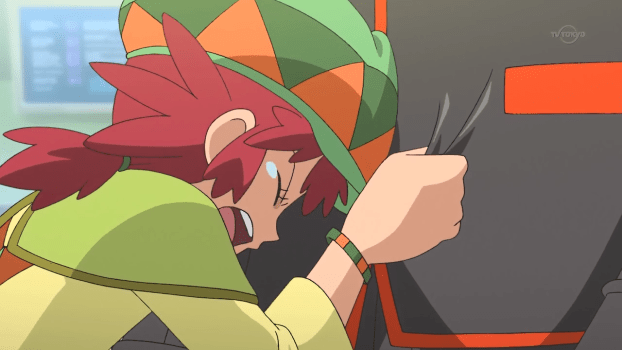 My only complaint about the episode is the battles themselves. As big a fan as I am of Alain, there is no way he should be able to defeat ten trainers in a row (particularly when the last is an Elite Four member and he only used Mega Charizard against all of the opponents). I felt like the battles were too simple a plot device as well and (in my honest opinion) I think the same outcome could have been achieved by having Alain only battle Malva- the outcome being that Alain has come a long way as a trainer.

In my opinion, this was an excellent episode to wrap up the Mega Evolution episodes from Pokémon XY. While not a perfect episode, it does a great job showing a more personal side of Alain. The introduction of the Zygarde Core and Malva were great additions to the story and the voice-acting in this episode was stellar. However, I thought the plot was a bit simple with the ten battles.