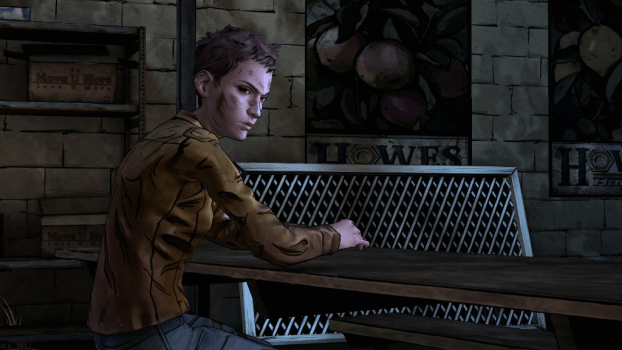 “Join hosts Ruari, Graham and Mairin in this special guest interview with actress Christine Lakin, best-known for the voice of Jane in The Walking Dead Telltale Game, Joyce Kinney in Family Guy, Gunfighter 11, Bitching Betty and Female News Reporter 1 in Medal of Honor 2010 and on-camera playing Alicia Lambert in Step by Step. In the interview they talk about how Christine decided to become an actress, her preference to on-camera or voice-acting, how she got involved with The Walking Dead Game, what she feels makes Jane such a strong character and whether she would like to see her return, what it’s like to voice a recurring character in Family Guy, whether or not she watches anything she has worked on, her upcoming acting roles and projects, how she fared filling in the boots of a long-running character on Family Guy, her favourite Family Guy joke or gag, how she adapted to the story of The Walking Dead Game as Jane, was she a fan of The Walking Dead prior to voicing Jane, her favourite The Walking Dead characters, her acting role that she is most proud of, her methods to get into character, her zombie plan, what it was like to get into acting and whether she found it difficult getting parts initially what it was like recording for a video-game, how she gets prepared for every character, what DC villain she would love to voice in a DC animated movie and whether Jane reminds her of herself.”