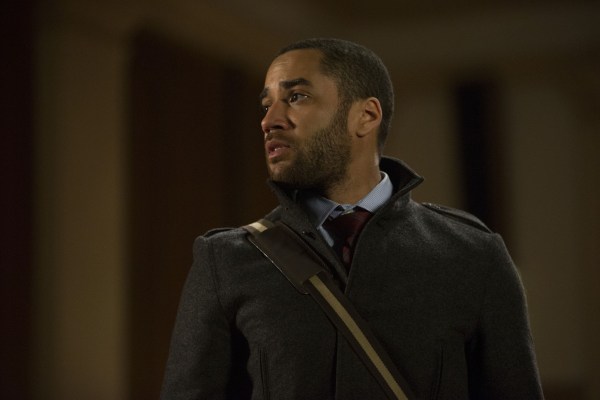 “Join host Ruari in this special guest interview recorded at Belfast Film and Comic Con with actor Samuel Anderson, best-known for playing Danny Pink and Orson Pink in Doctor Who, Crowther in The History Boys, Ross Kirk in Emmerdale, Daniel in Trollied, Jason in Totally Frank, Kris Kingsley and Liam in Casualty and Fingers in Gavin & Stacey. In the interview they talk about whether Samuel is enjoying the event so far, how Samuel decided he wanted to become an actor, whether Samuel was satisfied with the development in the relationships Danny had with The Doctor and Clara Oswald in Doctor Who, does Samuel think there’s a chance that he’ll play Orson Pink (a descendant of Danny Pink) in another episode of Doctor Who, what wearing the Cyberman suit was like for Samuel and Samuel’s upcoming acting roles and other projects.”