Pokémon XY Episode Review- “All Eyes on the Future!” I was really happy that the writers decided to have this gym battle be a double-battle. It felt like a long since the last gym double battle so I thought it was nice to see a double battle between Ash and Olympia.

The double battle was handled excellently with great visuals and battling as Ash’s Frogadier and Talonflame fought two Meowswtic. Given Olympia’s premonitions about Frogadier in the previous episode, it was great to see Frogadier play such an important role in defeating her (though none of the premonitions come into play in this episode). By the end of the episode, Frogadier and Talonflame are successful in defeating both Meowstic and Ash earns the Psychic Badge.

This is going to sound weird, but considering Ash was using Pikachu to tell when the “future sight” attacks would hit wasn’t he technically cheating? Just something that had me scratching my head during the episode. 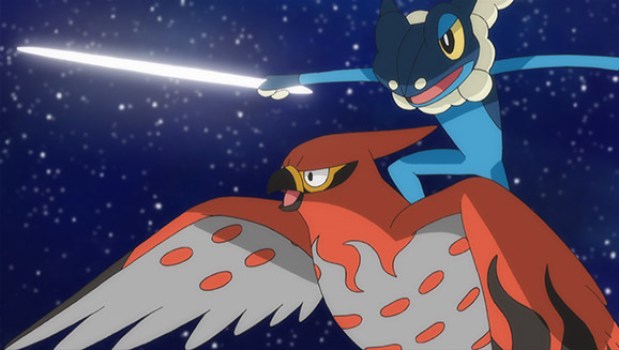 The episode ends with Professor Sycamore giving new Pokédexes to both Ash and Serena, while Ash learns that Kalos’ final gym is located in Snowbelle City. I’m sure we’ll see a lot more of the new Pokédexes in upcoming episodes of the show… NOTE: The new Pokédexes are very similar to the designs introduced in the Omega Ruby and Alpha Sapphire games. 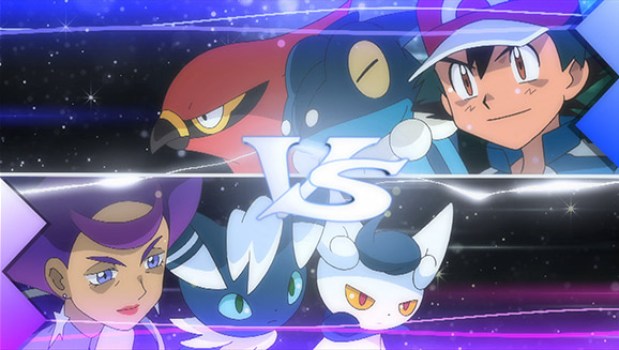 In my opinion, this was another great episode of Pokémon XY. It was great to see Ash defeat Olympia and earn that Psychic Badge, with another excellent gym battle which was visually outstanding. The ending with Sycamore giving Ash and Serena new Pokédexes was a great way to end the season, though I still question whether Ash and Pikachu cheated during the battle…