The latest episode of Pokémon XY introduces the Anistar City gym leader Olympia, sees the return of Professor Sycamore and hints at an interesting future for Ash’s Frogadier.

While I’ve found most of the Kalos region gym leaders to be interesting characters, I think Olympia is by far one of the most interesting. We learn very quickly that Olympia can see into the future, with the revelation that the Kalos region will soon be in crisis and that Ash, Serena, Clemont, Bonnie, Team Rocket and Professor Sycamore will be involved. 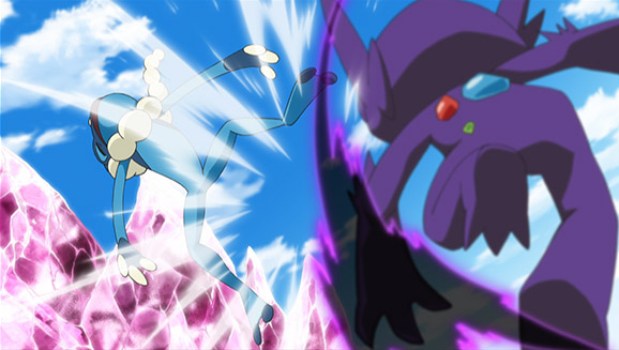 The insight into how strong Ash and his Frogadier’s friendship is was a compelling touch to the episode, with an insight into both Frogadiers future and its past (both insights provided by Olympia). I really liked learning more about why Frogadier rejected its previous trainers and the revelation that it loves Ash was an interesting twist.

We see through Olympia’s visions that Frogadier will evolve into Greninja before achieving further evolution. However, it’s unclear whether this refers to mega evolution or not. This is interesting because it’s unknown whether Greninja can mega evolve and it foreshadows other big events in upcoming episodes.

The episode ends with Olympia accepting Ash’s challenge of a gym battle, with the ending setting up for the gym battle to take place in the next episode- with Ash’s seventh Kalos gym badge on the line. 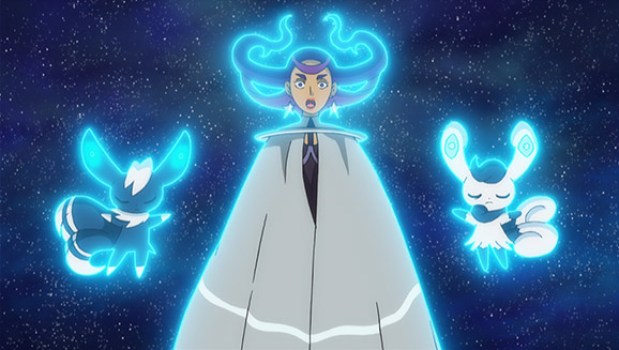 In my opinion, this was another strong episode of Pokémon XY. Anistar City’s gym leader Olympia is introduced and leaves a quick impression on viewers with her premonitions, including seeing that Kalos will be in crisis and all of the heroes will be involved. It was great to get a larger insight into Ash and Frogadier’s friendship, as well as learn more about Frogadier’s past and a look into its future.