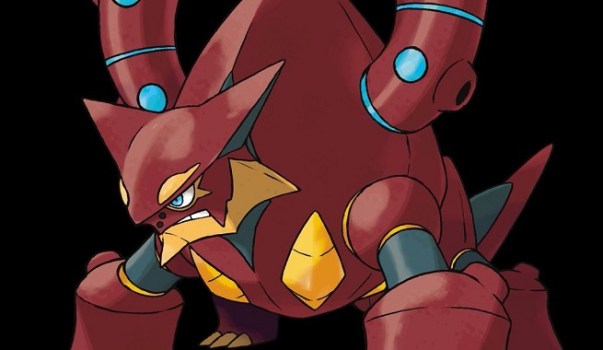 You can watch a video introducing Volcanion below:

The video doesn’t reveal a lot of details, but it does reveal that Volcanion is the first Fire/Water Pokémon and that it is referred to as the “Steam Pokémon”. This is because it has the ability to self-generate devastating amounts of steam.

“The ring-like protrusion on its back are arms that generate both steam and shock waves.  Volcanion is powerful enough to level entire mountains on its own, presumably using its signature move “Steam Eruption”.”

Volcanion is rumoured to be featuring in the nineteenth Pokémon movie, which will be released in 2016.

Thoughts on this reveal? Are you excited to see more of Volcanion?