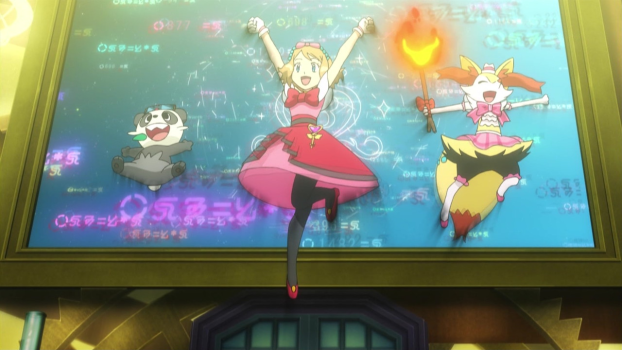 The latest episode of Pokémon XY sees Serena take part in her third Pokémon Showcase, with Shauna, Nini and Jessie (“Jessilee”) as familiar characters acting as rivals for the episode.

In my opinion, the Pokémon Showcase episodes have been some of the best in the XY series. While I originally thought that they would be too similar Pokémon Contests (seen in the Advanced and then the Diamond & Pearl shows), each new Showcase episode continues to prove me wrong. While I did have a couple of flaws with this episode it was still another strong episode featuring a Pokémon Showcase.

While I like how the writers have changed up each Showcase with a different type of theme performance, I honestly didn’t think a quiz suited the Showcase, not to mention the questions asked were really easy to answer. At the end of the day, Pokémon is a kid’s show and they want to keep it easy enough for kids to follow but I wasn’t a big fan of the quiz as a performance. However, if the questions had been a bit more difficult I might have liked the quiz more. 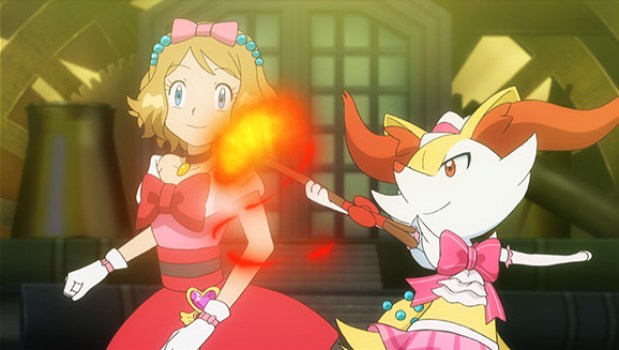 However, the freestyle performance was (once again) an excellent part of a Showcase episode. The performances, particularly from Serena, were outstanding and visually looked very appealing to watch. Seeing Serena win her second princess key (drawing her level with Shauna) was great to watch and you can see why she won it when watching the episode.

In terms of characters, I was surprised that Nini was brought back from her debut in the episode “Pathways to Performance Partnering”. While I thought she was a decent character, I didn’t feel like she was particularly memorable but the writers probably decided it made sense to make her a full rival of Serena’s which would make sense.

We also got some quality screen-time for Serena’s Eevee in this episode, with the screen-time exploring how scared Eevee gets in a large crowd (with Jessie’s freestyle performance scaring Eevee to the extent that it leaves the performance hall). I think it was a great idea on the writer’s part to explore how Serena is willing to give up the contest to protect Eevee. Fortunately (for Serena and the viewers), she was able to win the Showcase after finding Eevee. 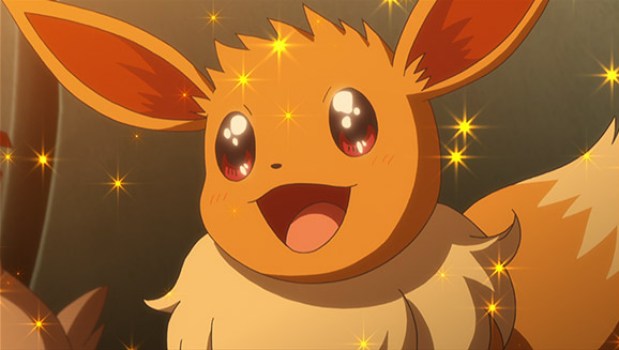 In my opinion, this was another excellent episode of Pokémon XY. Serena winning the Anistar City Showcase (and her second princess key) is another major step for the character. The episode was also visually stunning and it was interesting to see the return of Nini. However, I don’t think that a Pokémon quiz was a good idea for a performance.