New Interview Now Up On Our YouTube Channel- Nicholas Pegg 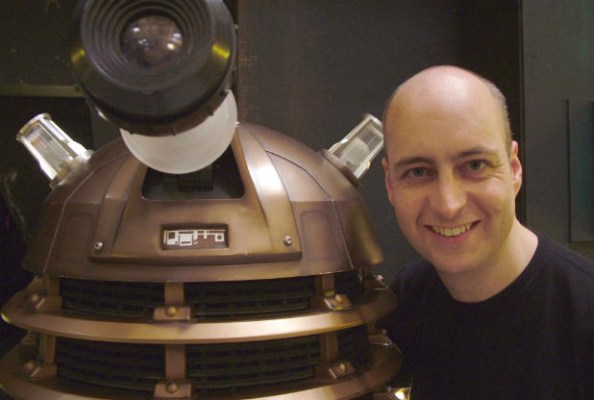 Our interview with actor Nicholas Pegg is now up on our YouTube channel!

Join host Ruari in this guest interview with actor Nicholas Pegg, best-known for being a Dalek Operator on Doctor Who, Twitcher and Passer-by in Doc Martin, Norman in The Stranger: The Terror Game, Robert Wintour in The Plotters and writer and director of the Doctor Who: Shada TV mini-series as well as multiple Big Finish Doctor Who audio stories. In the interview they talk about how Nicholas decided he wanted to become an actor, how Nicholas was initially hired to be a member of the team of Dalek Operators on Doctor Who, the difficulties Nicholas faces as a lead Dalek operator on Doctor Who, Nicholas’ favourite Doctor Who episode to work on, Nicholas’ favourite Doctor Who stories to do for Big Finish, Nicholas’ thoughts on the differences of the role of the Dalek operator in the modern series compared to the classic series of Doctor Who and Nicholas’ upcoming acting roles and other projects.

Check us out on Mixcloud!

E-mail us at the below e-mail:
everythinggeekpodcast@gmail.com

Credit goes to Mairin Byrne for the editing:
http://www.youtube.com/user/lizziy11