Doctor Who- 2015 Christmas Special Titled “The Husbands of River Song” 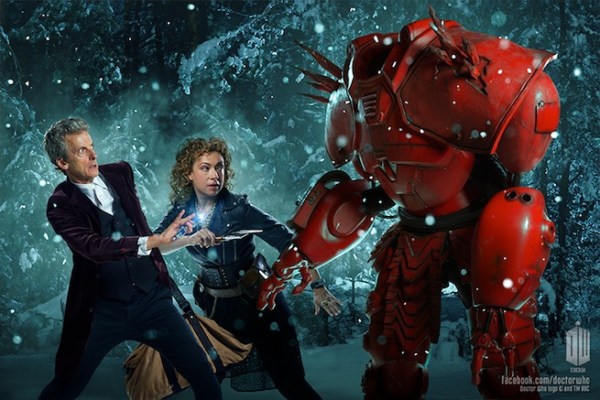 The BBC has officially revealed the title of the 2015 Doctor Who Christmas Special as being “The Husbands of River Song”.

A synopsis has also been released for the episode and reads as follows:

“It’s Christmas Day on a remote human colony and the Doctor is hiding from carols and comedy antlers. But when the Time Lord’s help is requested he finds himself recruited into River Song’s squad and hurled into a fast and frantic chase across the galaxy! King Hydroflax (Greg Davies) is furious and his giant robot bodyguard is out-of-control and coming for them all! Will Nardole (Matt Lucas) survive? And when will River work out who the Doctor is?

Thoughts on the title? Are you looking forward to this years’ Doctor Who Christmas Special?