Star Wars Rebels Episode Review- “The Future of the Force”

The latest episode of Star Wars: Rebels sees a showdown with Ahsoka Tano and the new Inquisitors (Fifth Brother and Seventh Sister), as well as a plot-line that is very similar to the Star Wars: The Clone Wars episode “Children of the Force”.

In the Star Wars: The Clone Wars episode “Children of the Force”, Ahsoka Tano and Anakin Skywalker stop the Sith from kidnapping force-sensitive babies to create more dark-side users. In this episode, we see Ezra Bridger, Kanan Jarrus and Zeb Orrelios helping Ahsoka to stop the Inquisitors from completing a similar plan. As a fan of The Clone Wars since the beginning, I immediately felt that the plot was similar and really appreciated Ahsoka alluding to that in the episode.

That said, unlike “Children of the Force” which attempted to do too much (in my opinion) this episode flowed really well and worked just as nicely.

With only a smaller group of Rebels involved (Ezra, Kanan, Zeb and Ahsoka), I think it helped show how strong the new Inquisitors really are. Previously Ezra, Sabine and Zeb only just about escaped from them but this episode gave us a bigger insight into their strength and they eventually overpowered Ezra, Kanan and Zeb, meaning Ahsoka had to rescue them and protect the force-sensitive babies. If I’m being honest, while the lightsaber battle with Ahsoka and Fifth Brother/Seventh Sister was well done I was hoping it would be longer, but it was still good for the length of time it lasted.

Random note: Fifth Brother really was defeated far too easily in the battle though. The battle was mostly Ahsoka vs Seventh Sister. 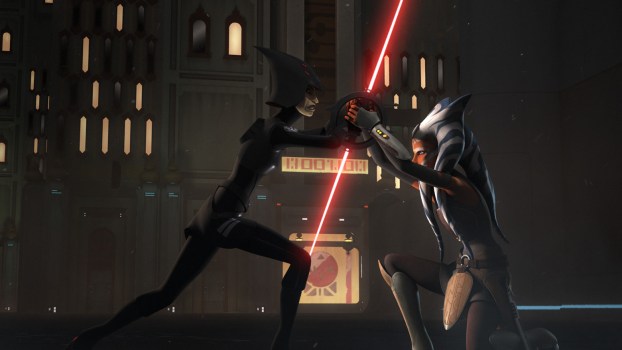 As with most episodes, the humour in Rebels was handled really well in this episode. The highlights include Ezra eavesdropping on Ahsoka and Kanan’s conversation and Ezra and Zeb’s arguments on what to do with the Ithorian baby.

In a (moderate?) cliff-hanger ending, both Seventh Sister and Fifth Brother find their ships destroyed but a Probe Droid (planted by Seventh Sister) plays back a recording of Ezra’s voice which gives away the location of the rebels as being on Garel. We can expect a visit from both Inquisitors to Garel very soon… 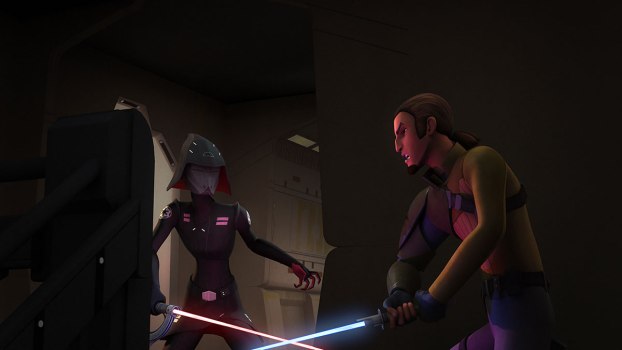 In my opinion, this was another excellent episode of Star Wars: Rebels. The similar plot-line to “Children of the Force” was an interesting concept to use in Rebels as well, with the confrontation between Ahsoka and Fifth Brother/Seventh Sister being a highlight of the episode. However, I would’ve liked their battle to be longer. The ending with Fifth Brother and Seventh Sister learning that the rebels are on Garel is going to lead to something major happening in upcoming episodes…