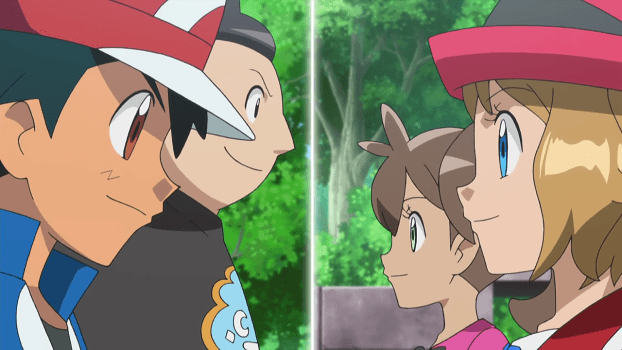 The latest episode of Pokémon XY sees Ash, Serena, Clemont and Bonnie arrive in Anistar City and features the return of Tierno and Shauna.

First and foremost, it was great to see the return of Tierno and Shauna again. The summer camp episodes are among my favourite episodes in the XY series and it was nice to see two of the supporting characters from that arc return again (Trevor only makes a cameo appearance and isn’t with the group). Both had returned in separate episodes following the summer camp but in this episode they both feature again, while we see that Tierno’s Wartortle and Shauna’s Bulbasaur have evolved into Blastoise and Ivysaur respectively.

The highlight of this episode was the tag battle with Ash/Tierno against the team of Serena/Shauna, which featured Serena’s Eevee in a battle for the first time (Eevee did get a fair amount of screen-time in this episode). The tag battle was action-packed and enthralling to watch, but ends up being called off when Serena has an idea for her next showcase. I suspect that we’ll see some interesting moments with Eevee in upcoming episodes given the spotlight that was put on it in this episode. 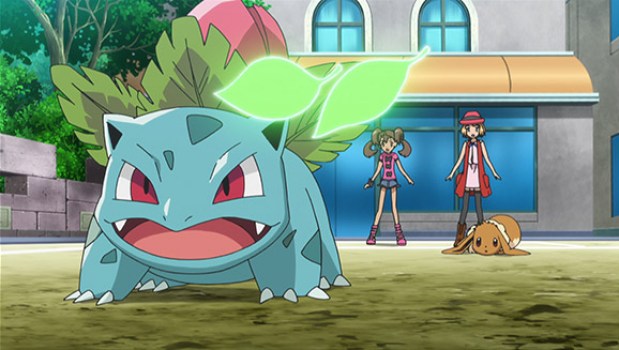 While the episode is mostly serious, there are a couple of really funny scenes with Serena that stood out to me. The scene where Tierno greets her is really amusing and we learn that Shauna is the latest person to figure out that Serena has a crush on Ash (leading to some hilarious dialogue that leaves Ash totally perplexed). I wonder if Bonnie and Shauna will talk about the crush at some point? They both know Serena has strong feelings for Ash.

The next episodes (just like this one) are going to be major following the group’s arrival in Anistar City- where Ash will challenge the seventh gym leader in Kalos and Serena’s next Pokémon Showcase, but this week’s episode was a really good introduction to Anistar City. 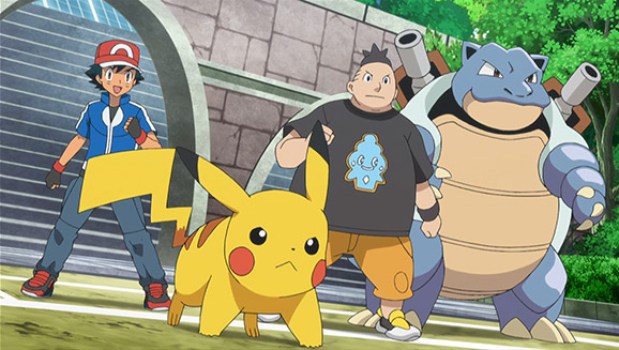 The episode ends on a funny note as the group realises the following day that they’ve woken up late. Will they be able to register for the showcase in time? The writers are making us wait to find out the answer…

In my opinion, this was another excellent episode of Pokémon XY. The tag battle was a highlight of the episode and the humour was handled really well in this episode. In terms of important events, it was great to see Ash and co. reach Anistar City and see the return of Tierno and Shauna.