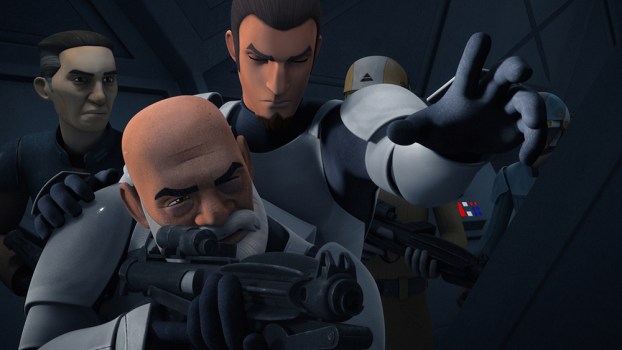 The latest episode of Star Wars: Rebels sees a bond form between Kanan Jarrus and Captain Rex, a new Imperial ship and a number of references to the Prequel era.

In a season that has (so far) mainly focused on telling the back-stories of certain characters, the complicated relationship with Kanan Jarrus and Captain Rex has been one of the few concurrent themes of the season so far. While it has been a strained relationship up until now, this episode handles their dynamic perfectly and by the time they’re friends at the end of the episode the viewers are really satisfied to have seen their growth.

The growth itself is fantastic to watch throughout the episode. The start of the episode shows that Kanan still doesn’t trust Rex (including deliberately referring to him and Stormtroopers being the same multiple times), then Kanan is sad when Rex seemingly sacrifices himself for the group (including referring to Rex as his ‘friend’) and the salute between Kanan and Rex to end the episode was a fitting ending to the episode. 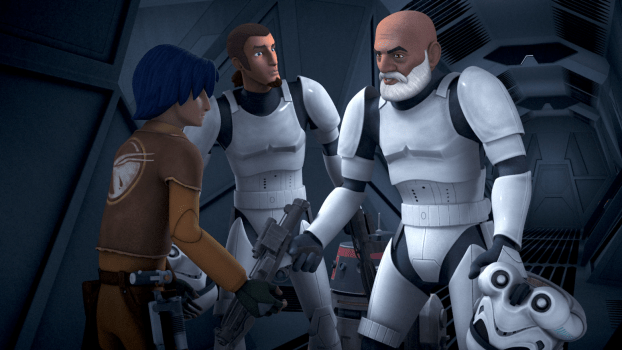 The episode introduces us to a new Imperial Officer called Admiral Brom Titus, who leads a new Imperial ship called the Interdictor cruiser. While Titus himself wasn’t a very menacing character (though he did have a great voice), the cruiser is able to pull ships out of hyperspace which causes numerous problems for the rebels in this episode. The ship is (according to Sabine earlier in the episode) likely a prototype so it makes sense if we don’t see much more of the Interdictors in this era, especially considering the rebels destroyed the cruiser in this episode.

Fun fact: Admiral Brom Titus is voiced by Derek Partridge, who becomes the latest actor to appear in both Star Wars and Star Trek (he appeared in one episode of Star Trek: The Original Series).

In terms of other characters, we see how Ezra’s Jedi skills have grown tremendously in this episode and this episode features the most screen-time for Commander Jun Sato so far. 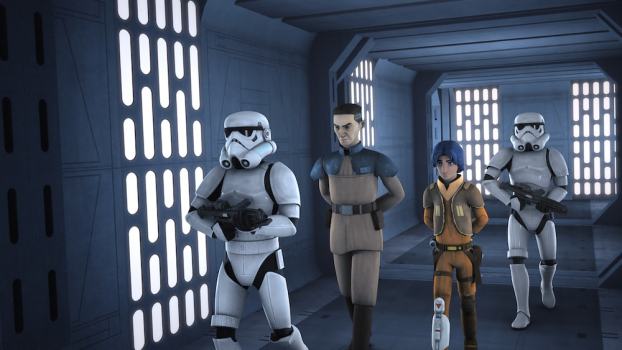 The humour in this episode was stellar, with Kanan and Rex having the funniest moments of the episode. Did anyone else laugh when Rex threw the helmet at a Stormtrooper? Chopper also comes in with a few funny moments, with Ezra stunning Kanan and Rex being another laugh out loud moment.

The references to the Prequel era were a nice treat in this episode. Captain Rex mentions Commander Cody to Kanan after giving the Imperials a bunch of codes and Sato tells Titus that they’re members of the Corporate Alliance (a Separatist group that was active in the Clone Wars). Maybe a number of Separatists are still active in some form during this era as well?

In my opinion, this was another excellent episode of Star Wars: Rebels. It was great to see Kanan and Rex put their differences aside and grow as characters, while still providing a lot of humour to the episode. It was nice to finally see a new Imperial Officer in Admiral Brom Titus and the Interdictor cruiser was a great ship. The references to the Prequel era were great to hear.