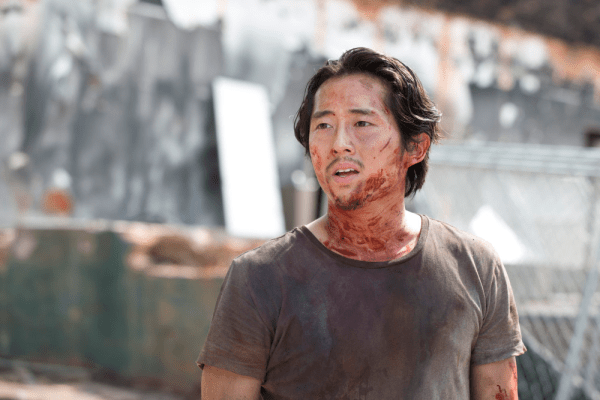 The latest episode of The Walking Dead sets up the mid-season finale and reveals the fate of fan-favourite character Glenn Rhee, who was presumed dead in the third episode of this season titled “Thank You”.

I have to be honest, the reveal that Glenn was alive was never going to please everyone (and I’m not referring to fans of the show who may not like his character). With Glenn and Nicholas surrounded by Walkers on top of a dumpster there were only so many ways the writers could save Glenn. In fact, I had narrowed it down to two ways prior to the episode:

Also, when watching the scene you would’ve had to pay attention to where the Walkers fell after Glenn shot the ones trying to reach towards him underneath the dumpster. All of the Walkers he shoots end up blocking any way through to him underneath so that made it plausible that he would survive. 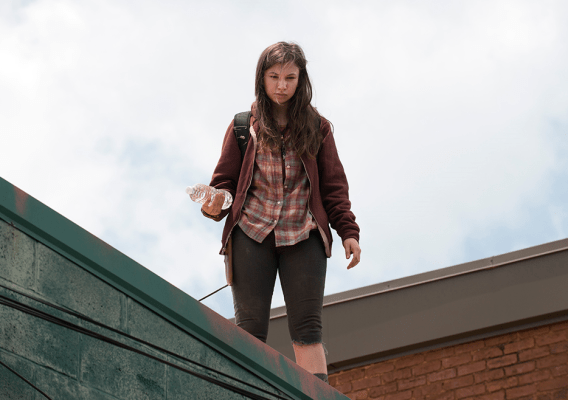 The episode also sees the return of Enid, who hadn’t been seen since “JSS” (the episode that aired before “Thank You”). It was interesting watching the scenes with Glenn and Enid as neither character has had any interactions until now, but I have a feeling that this story element was done for a reason. Theory alert: Is it possible that Glenn and Maggie will adopt Enid like they did with Sophia in the comic series?

While not major scenes in this episode, we do see a few scenes that could lead to something bigger in upcoming episodes- Rick, Michonne and Carol’s talk with Morgan is an interesting scene following his decision to let members of The Wolves leave (and subsequently they attacked Rick on the RV later). We also see Carol following Morgan and Denise to the cell that the Wolf is locked up in, before confronting Morgan about who he’s hiding in the cell.

Another interesting scene is Rick continuing to teach Ron how to shoot, which I still believe (as I speculated in a previous review) is going to end up being a bad decision in an upcoming episode. We see Ron following Carl with a gun in hand later in the episode. 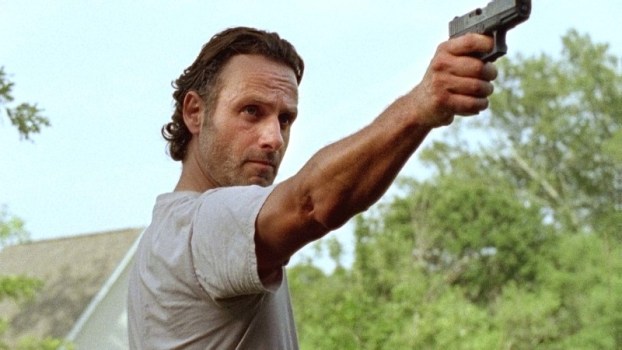 The final interesting scene is Deanna revealing her expansion plans to Rick and Michonne. Call me a conspiracy theorist but I believe this is foreshadowing that she will die in an upcoming episode…

The episode ends with a major twist. Viewers are treated to a moment of joy as Maggie Greene spots Glenn’s balloons in the sky, before the watchtower falls on top of the perimeter wall Rick and Tobin were working on earlier in the episode and the Walkers begin to pour into the Alexandria Safe-Zone.

In my opinion, this was another strong episode of The Walking Dead. While the episode is mostly a build-up for the mid-season finale, the fate of Glenn Rhee is revealed and I think the writers picked the best (arguably only) way there was to save him. We also see the return of Enid in this episode and the twist at the end leaves our hearts in our mouths going into the mid-season finale.

Fun fact: The scene where Spencer Monroe uses the rope and almost falls into the herd is adapted from Issue 81 of the comic series.