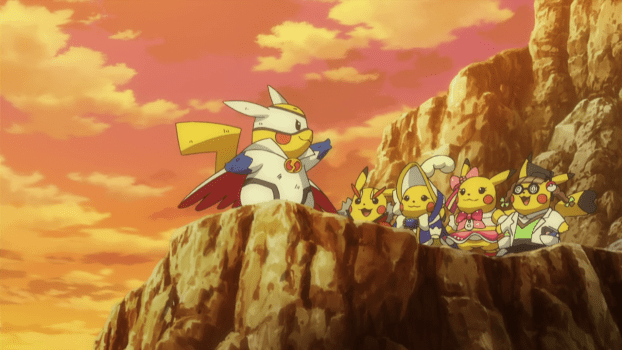 The latest episode of Pokémon XY takes viewers away from the main series and treats fans to a heartfelt Pikachu special episode, while still staying canon to the Pokémon world.

The idea of taking a break from the events of the main series was an interesting decision on the part of the Pokémon writers (which I suspect is because several important episodes are coming up in the main series), so they decided to do this fun episode that is like a side-story. As you’ll understand more later on in the review I think this was an excellent decision.

The episode features a lot of Pikachu’s in cosplay (probably the largest number of Pikachu in an episode since the famous “Pikachu’s Goodbye”) and it was a treat to see so many Pikachu on the screen, while following a relevant storyline. It was a lot of fun seeing Pokémon in cosplays, especially with all of said Pokémon being Pikachu and the various costumes that were used for them (Super Pikachu, Pikachu Rock Star, Pikachu Belle, Pikachu Pop Star, Pikachu Ph. D and Pikachu Libre).

The episode also introduces two supporting characters that will likely be exclusive to this episode, Frank and Jean. Both characters were great additions to the long (and ever-growing) list of Pokémon characters. The personal nature of Frank’s back-story (including the flashbacks of himself with Pikachu and his wife) added a lot of depth to his character, while the constant ‘Pika’ jokes added a comedic side to his character as well (though I would argue that those jokes were overused after a while). While she doesn’t get as much screen-time, we do see how Jean really wants to help her grandfather (Frank) with his dream of creating a Pikachu movie. 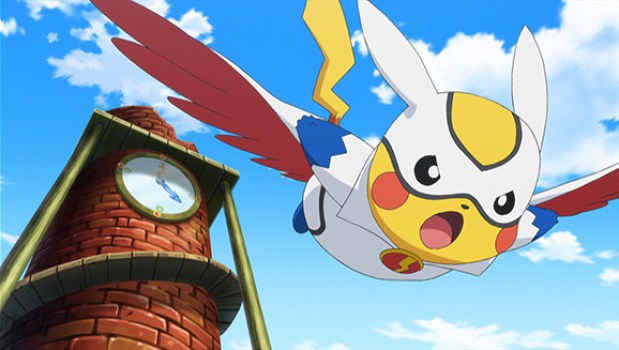 I think the episode utilised Ash, Serena, Clemont and Bonnie really well in terms of their contributions to making Frank’s Pikachu movie a success. All of the roles they had made sense and you could tell the main characters really wanted to make the movie too, though with Ash’s Pikachu being the star how could they refuse?

Not only was the episode heartfelt, but the episode was packed with humour which added to the episode as well. The blooper reel at the end had me laughing all the way throughout the bloopers (particularly when Serena and Bonnie are messing up their lines) and the writers handled the humour fantastically in this episode for the most part (though they could have used Frank’s ‘Pika’ jokes less). 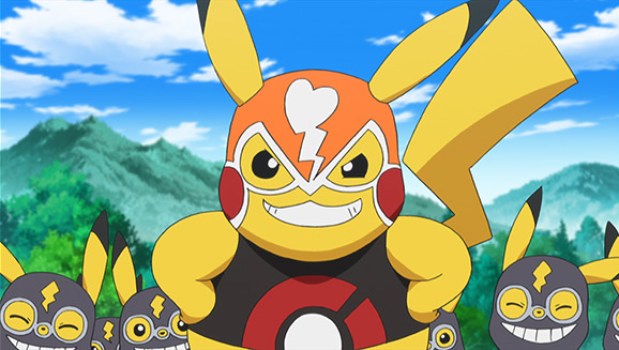 In my opinion, this was a fantastic special episode of Pokémon XY. It takes viewers away from the main series for a special episode filled with Pikachu, heart, humour and more Pikachu. The costumes for all of the Pikachu were well detailed, Frank was a great supporting character and the blooper reel at the end of the episode was one of the funniest things I’ve seen on TV recently. If I had to change one thing, I would have preferred it if Frank’s ‘Pika’ jokes were used less but they were funny at first and otherwise the episode was excellent.

Fun fact: This was the first Pokémon episode to use a Weezing since James released his in the episode “A Poached Ego”.

Fun fact 2: At the end of the episode, Ash and co. say “That’s all, folks!” This is a deliberate reference to the Looney Tunes cartoons.