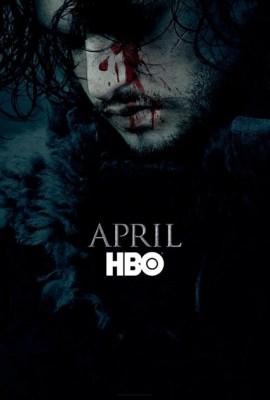 The first artwork for the sixth season of the popular Game of Thrones series has been released by HBO.

The poster features Kit Harington’s Jon Snow, indicating that the character may have a presence in the new season (despite being killed off in last season’s finale).

The poster confirms that Game of Thrones (as usual) will return in April, contradicting rumours that the sixth season would begin airing later in 2016.

Thoughts on the artwork? Are you excited for the sixth season of Game of Thrones?