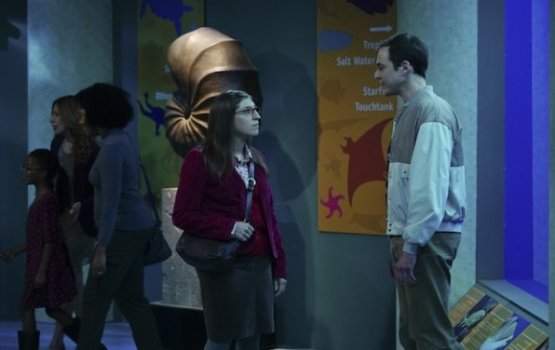 The latest episode of The Big Bang Theory throws another twist into Sheldon Cooper and Amy Farrah Fowler’s relationship.

As with much of the season so far, the focus of this episode lies on Sheldon and Amy’s relationship, while throwing fans another twist that leaves viewers frustrated all over again while hoping for the two characters to get back together.

While on a lunch date to an aquarium, Sheldon and Amy begin to feel comfortable in each other’s company again (even after an awkward car journey and an equally bizarre game) but if there’s one thing The Big Bang Theory loves doing with relationships, it’s throwing a twist in that surprises the viewers. After the aquarium, Amy calls Sheldon and says that she’s ready to be his girlfriend again, but Sheldon declines in surprising fashion (given how sad he has been over the break-up since the beginning of the season) and in an inadvertent reverse fashion it’s now Amy who is struggling to get over it. In my opinion, a very interesting twist that the writers decided to go with yet it actually works. It will be interesting to see how this is resolved between the two characters.

While the Sheldon/Amy scenes are the focus of the episode, we also see Leonard and Penny making their first Thanksgiving dinner as a married couple (do I have to talk about the scene where Leonard’s in her clothes?). At least we get a reference to this years’ Star Wars film, Star Wars: The Force Awakens. 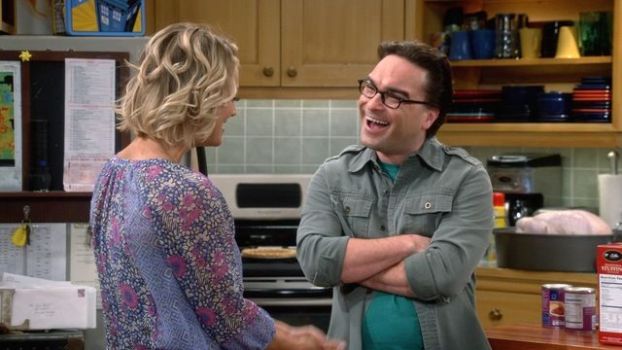 Meanwhile, we see Raj, Howard, Bernadette and Emily helping out a soup kitchen. As expected, Howard isn’t happy at the prospect but is shocked when he meets idol Elon Musk (CEO and CTO of SpaceX) who hints that they’re looking to send people to space, potentially foreshadowing that Howard will be going to space again. If the writers do insist on revisiting the space story for Howard, I hope that they don’t drag the story out again (I felt that the first space storyline with Howard dragged on for too many episodes). 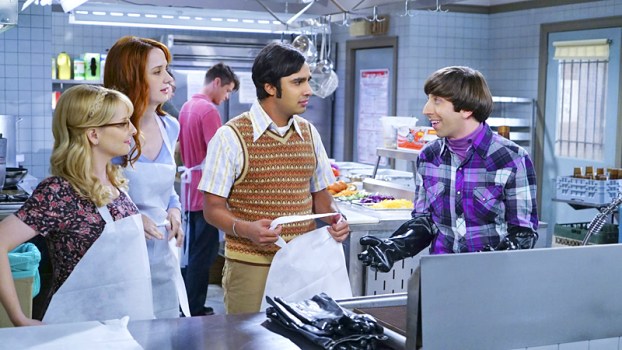 In my opinion, this was an ok episode of The Big Bang Theory. While it has it’s high points in that Sheldon and Amy’s relationship difficulties continue to be interesting to watch, the Leonard/Penny subplot was average at best (and Leonard wearing her orange top was a poor attempt at humour) and the soup kitchen story wasn’t very entertaining either. The possibility that Howard could be returning to space worries me because of how the previous space episodes dragged on. This episode of The Big Bang Theory has its high and low points, but ultimately isn’t an entirely memorable episode.