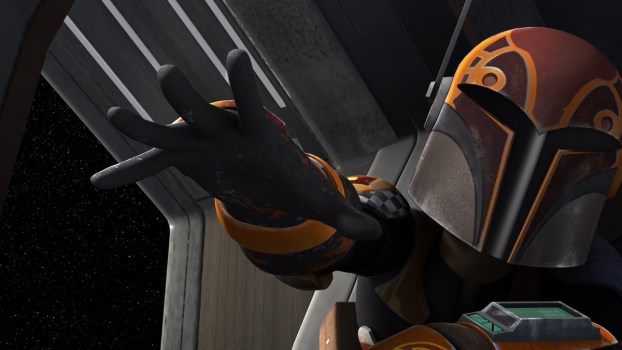 The latest episode of Star Wars: Rebels focuses on Sabine Wren and reveals some of her ties to the Imperial Academy on Mandalore.

In a similar to last week’s Hera-focused episode, this episode shines the spotlight on Sabine Wren. Aside from the Hera/Sabine jointly-focused episode last season (“Out of Darkness”) where we learned that Sabine was once at Mandalore’s Imperial Academy, the first season was sorely lacking in development for both characters. However, now both characters have been given a lot more depth which I (and I’m sure a lot of other Rebels fans) appreciate.

The episode reveals that not only was Sabine a member of the Imperial Academy, but she was also a Bounty Hunter at some stage as well. Anyone else find it a little strange that she has done so much and is only 16 years old?

The episode introduces fans to Ketsu Onyo, an old friend of Sabine’s at the academy who left her for dead. The focus of the episode revolves around Sabine and Ketsu’s history, with both characters eventually siding with the other again to escape from the Empire. The episode comes full circle with how both characters off against each other (with a bit of bitterness evident in Sabine) but the episode ends with Sabine and Ketsu having made up, and Sabine seemingly convinced that Ketsu will be back. I thought Ketsu was a great addition to the show and I hope she’ll return for more episodes of Rebels. Given the dialogue between Sabine and Ezra at the end of the episode I think it’s a no-brainer that we will see her again. 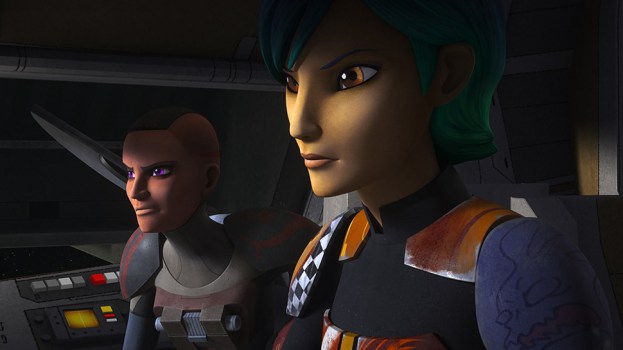 The episode also features some great connections to other areas of the Star Wars universe. R2-D2 makes a cameo appearance towards the end of the episode and the Black Sun is name-dropped as an organisation that Ketsu and Sabine wanted to join (though after Ketsu’s betrayal she was the only one to join them). Maybe we’ll see Black Sun in an upcoming episode of Rebels?

Note: This is actually the first episode of Rebels to rest some of the main characters. Kanan Jarrus and Zeb Orrelios don’t make an appearance at all, with Hera and Ezra only making small appearances as well. Only Sabine and Chopper of the main cast get a large amount of screen-time in this episode. 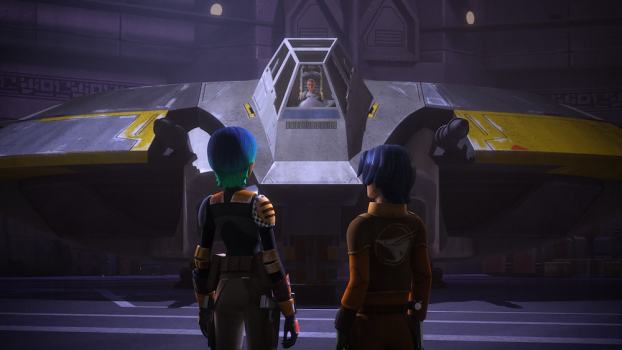 In my opinion, this was another good episode of Star Wars: Rebels. Like with Hera last week, it was great to see an episode focusing on Sabine and giving viewers more of her backstory. Ketsu Onyo is a great addition to the supporting cast of Rebels and the cameo appearance of R2-D2, as well as the name-dropping of Black Sun, were nice touches to add to the episode.