Pokémon XY Episode Review- “A Frolicking Find in the Flowers!” 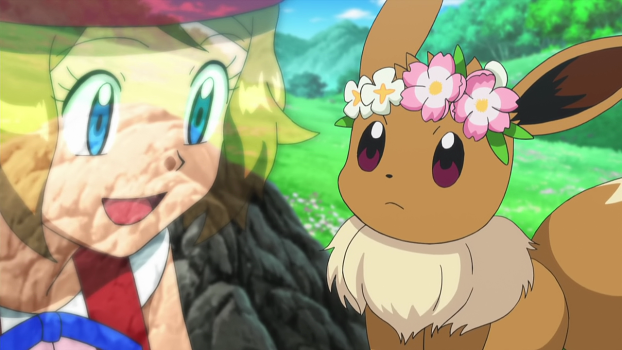 While the previous Serena-centric episode (“Mending a Broken Spirit”) missed the mark in my opinion, this episode reminded me why Serena is my favourite character from the XY series and shows that most of the episodes centred on her are very strong, while also showing another similarity to former companion May in that one of her Pokémon is an Eevee (as May is my second favourite of Ash Ketchum’s companions I’m totally ok with this).

This episode is important for two reasons. Firstly, the group of Ash, Serena, Clemont and Bonnie learn that the next Pokémon Showcase will be held in Anistar City (where Ash’s next gym battle is) and this motivates Serena to work hard before her next performance.

The second reason is her befriending of Eevee, who later joins the group. While there are the similarities I mentioned with both Serena and May having an Eevee, both end up with an Eevee under very different circumstances. May’s hatched out of a Pokémon egg, while Serena stumbled across Eevee while it was dancing on a rock. 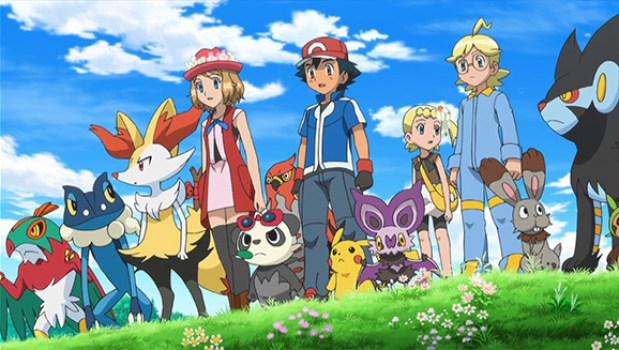 The episode’s plot focused on Serena trying to encourage Eevee to join the group and not feel shy around them. While a simple plot, by the end of the episode it’s very heart-warming to see Eevee deciding to join Serena and the rest of the group (though it’s still shy around some of the other Pokémon in the group) and with Eevee joining Serena it’ll be interesting to see them perform together in an upcoming Pokémon Showcase. Considering Eevee is the evolution Pokémon and a new Eevee evolution was created for this series, it’s not crazy to speculate that Serena’s Eevee will eventually evolve into Sylveon.

Note: Anyone else love how Bunnelby doesn’t say anything when Eevee jumps onto the rock and grabs the treat that Serena left there?

Team Rocket’s role is pretty minimalistic in this episode, but they do try and capture Eevee and there’s a humorous scene where Meowth tries to entertain Jessie and James with its dancing but fails. 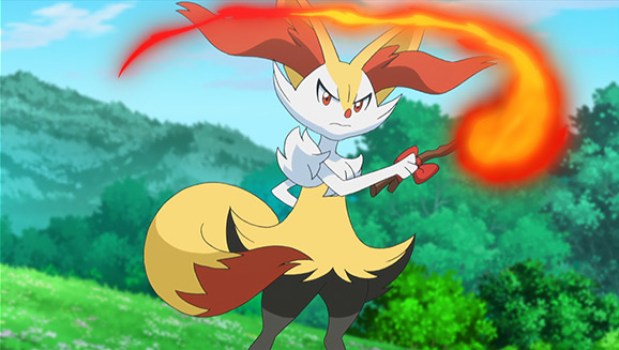 In my opinion, this is another stellar episode of Pokémon XY. The heroes have another great addition to their group of Pokémon in Eevee and it’ll be great to watch Eevee performing in Pokémon Showcases. The episode also has a number of entertaining scenes including the Bunnelby scene and Meowth’s attempted dancing.