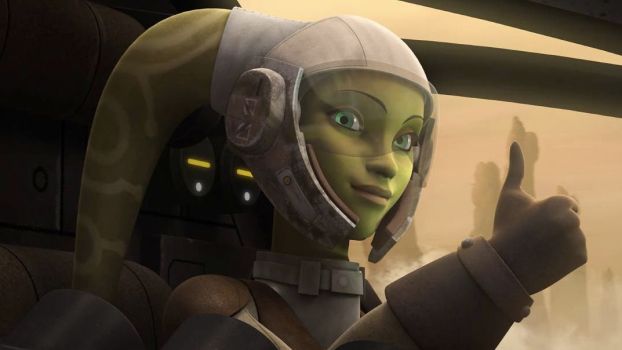 The latest episode of Star Wars: Rebels gives viewers their first taste of Hera Syndulla’s back-story, the chronological debut of the B-Wing and the voice of another Star Wars: The Clone Wars cast member.

While Rebels has provided great back-stories to a number of its main characters (Kanan Jarrus, Ezra Bridger and Zeb Orrelios), I’ve felt that there has been a lack of character development for the two main female characters (Hera Syndulla and Sabine Wren). We learn a little about Sabine in the first season, notably that she was a member of the Imperial academy on Mandalore), but we learnt next to nothing about Hera in the first season. This episode completely changes that and gives us an excellent insight into Hera’s past.

We see Phoenix Squadron in dire need of a new ship to get past an Imperial blockade to provide aid to the people of Ibaar. Hera steps forward and travels with Sabine and Zeb in search of a new ship, based on intel from Captain Rex.

We’re introduced to Quarrie (named after the legendary Ralph McQuarrie), an eccentric Mon Calamari engineer that is voiced by Corey Burton, the voice of Count Dooku, Cad Bane and other characters in Star Wars: The Clone Wars. As a long-time fan of The Clone Wars it was great to hear Burton voice a character in Rebels. It’s revealed that Quarrie has been working on a prototype ship- the B-Wing (or “Blade Wing” as he refers to it), however he won’t let just anyone pilot the ship. 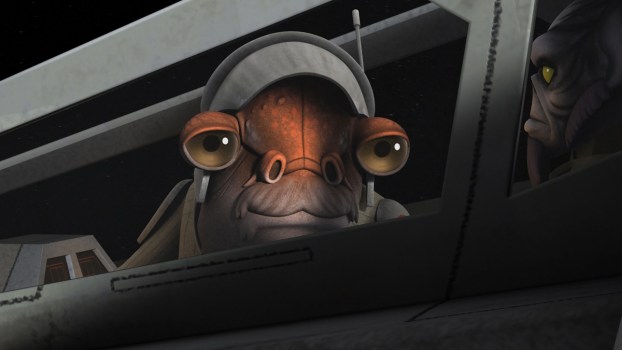 We then get our first insight into Hera’s back-story as she reveals that was a child at the time of the Battle of Ryloth (a battle seen in The Clone Wars) and she loved watching the Republic ships flying overheard to liberate her world, wanting nothing more than to fly herself one day. We also learn that Hera decided to leave her family so she could fly, which is interesting and sure to be a complex subject when her father Cham Syndulla shows up later on in Rebels. Upon learning her history, Quarrie allows Hera to fly the B-Wing.

After practicing with the B-Wing, Hera and the others arrive back with the rebel blockade, destroying one of Agent Kallus’s ships and they are able to get the supplies to the people of Ibaar.

However, there is still one more twist in the episode. Commander Sato decides to make Hera the new Phoenix Leader of Phoenix Squadron (the previous Phoenix Leader having died early on in this episode), under Kanan’s recommendation. We also learn that Quarrie is now joining the Rebel Alliance (though it’s unknown if we’ll see him again). A heart-warming end to an excellent episode. 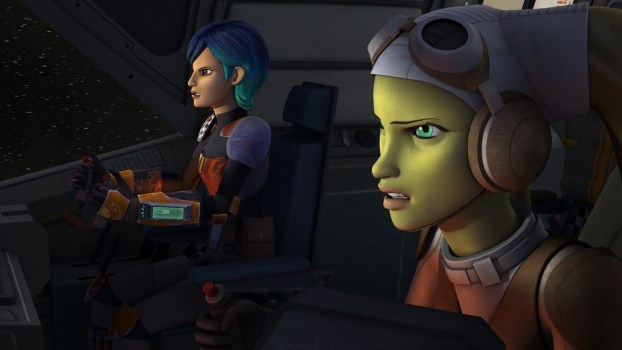 Note: Was anyone else reminded of the Star Wars: The Clone Wars episode “Cat and Mouse” with this episode of Rebels?