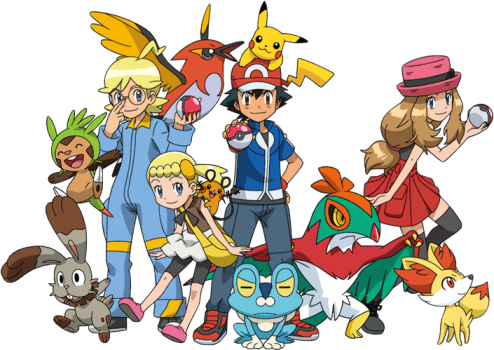 “Join hosts Ruari and Lawron in this guest interview with actress Alyson Leigh Rosenfeld, best-known as the voice of Bonnie and the current voice of Nurse Joy in Pokémon. In the interview they talk about how Alyson decided she wanted to become an actress, her preference between on-camera acting or voice-acting, how she initially got involved with Pokémon, how it feels to be voicing a regular companion on Pokémon XY in Bonnie, her upcoming acting roles and other projects, her favourite episode of the Pokémon XY series so far, her experiences working with other voice-actors and whether their techniques are similar or different to hers, her favourite behind-the-scenes moments from working on Pokémon, fun moments or stories in the voice-over studio, whether she has played the Pokémon X and Y games, her favourite Pokémon and how she first felt when she first got the role of Bonnie on Pokémon.”