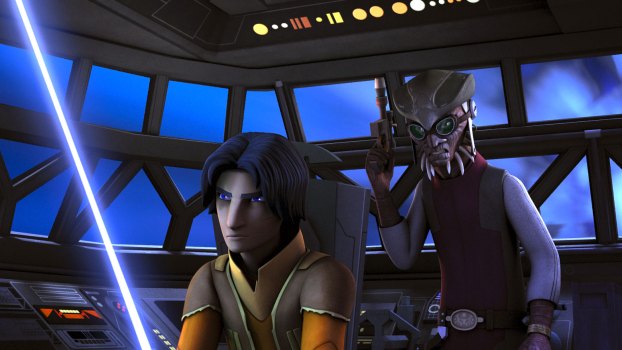 The episode sees the return of fan-favourite Star Wars: The Clone Wars character Hondo Ohnaka to the Star Wars universe, who was one of my favourite The Clone Wars supporting characters so it was a delight to see him in Rebels (along with a The Clone Wars Season 1 theme accompanying him in his first Rebels scene). Just like in The Clone Wars, Hondo adds a lot of humour and entertainment to Rebels.

We learn very quickly that Hondo lost his entire crew to the Empire. Hondo is now in possession of the Broken Horn (previously Cikatro Vizago’s ship) but Hondo is in trouble with the Empire and needs help. A disgruntled Ezra Bridger (exhausted from Jedi, weapons and ‘scrubbing’ training) hears his distress signal and decides to help, ending up in them going on an adventure.

Not only does Hondo appear from The Clone Wars, but there are several Rebels connections as well. The planet Garel (previously on seen in last season’s episode “Droids in Distress”) makes a reappearance, as well as characters like Azmorigan and Cikatro Vizago.

I have to be honest, Azmorigan was one of my least favourite characters in the first season of Rebels. There are numerous reasons fans may find him unlikeable, but for me it purely comes down to the fact that he isn’t very intimidating and you don’t worry about the heroes overpowering him (even when it’s only Ezra, Hondo and Chopper facing him and his soldiers). James Hong does a terrific job as Azmorigan, but if they want to really make him feel like a villain the writers will need to make him a bigger threat, as right now he just feels like a comic-relief bad guy. Cikatro Vizago’s appearance in this episode of Rebels was very interesting. Even though Hondo said that he won the Broken Horn in a game of Sabacc, it’s revealed that Hondo really stunned Vizago and put him in a cell. I have to say (and I thought this was mildly amusing), it was really interesting to see both Hondo Ohnaka and Cikatro Vizago in scenes together. After the first episode of Rebels aired, a lot of Star Wars fans compared Vizago to being the Rebels version of Hondo Ohnaka, so it was interesting to see dialogue between the two (including both characters being disgusted at a fair deal Ezra was offering). I have to be honest though, after Vizago stated that Ezra owed him a favour last season, I was hoping it would lead to something big, but I honestly felt like that continuity was forced into this episode and I think the Rebels writers should have left that plot-point for another episode.

As this episode was focused on Ezra Bridger, I have to talk about him. While I feel like this is an episode that should have been done earlier in the show (this episode makes him seem like a bratty kid again), the episode does make it feel like Ezra has completely moved on from who he was once when he compares himself to Hondo, realising that he is on a better path now. 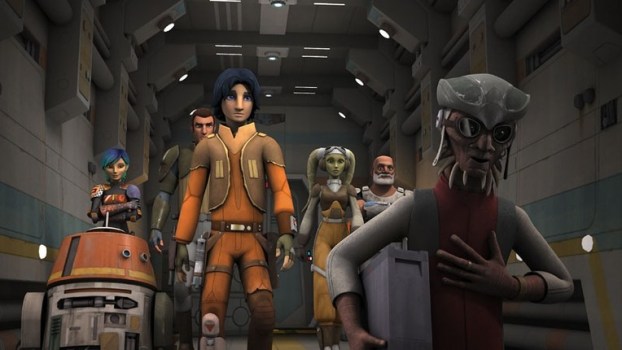 In my opinion, this was another solid episode of Star Wars: Rebels without being outstanding. The return of Hondo Ohnaka from The Clone Wars was a treat, while the returns of Azmorigan and Cikatro Vizago from the first season of Rebels were also nice to see. Seeing Ezra reflecting on how he could have ended up like Hondo was an interesting aspect of the episode. My criticisms of the episode are that the episode felt like it was a story that should have been told earlier in the show and the fight scenes felt sluggish (particularly the fighting against Azmorigan). Hopefully we see more of Hondo on Rebels, but it’s more likely that we’ll see Azmorigan again…