Agents of S.H.I.E.L.D Episode Review- “Among Us Hide” 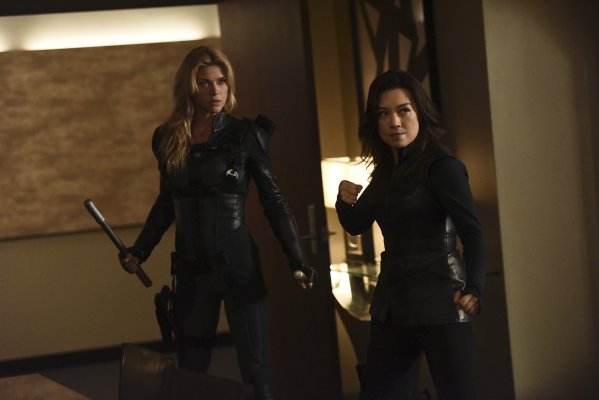 The latest episode of Marvel’s Agents of S.H.I.E.L.D features a shocking reveal that was surprising to everyone… except me as I speculated it on our podcast two weeks ago.

I should say the following before getting fully into the review- I don’t mind if certain things happening aren’t surprises to me (meaning I’ve predicted them), but if the reveal is handled expertly it can feel like it doesn’t matter if you already predicted what will happen or not as it will still impress you.

Understand what I mean? Let’s continue with the review.

The episode carries on right from where the episode two weeks ago left off, with S.H.I.E.L.D reacting to the attempt on Andrew Garner’s life. Garner is revealed to be alive (note the minimal injuries) and S.H.I.E.L.D learn that Werner von Strucker was responsible for Garner’s near death.

Random note: In the flashbacks of the attempt on Garner’s life, did anyone else think the inclusion of a random S.H.I.E.L.D agent was weird? A random note for a random moment…

With the revelation that von Strucker was responsible, Melinda May and Bobbi Morse (the latter finally getting back into the field) search for him to find information on the whereabouts of Grant Ward. Meanwhile, Daisy Johnson, Lance Hunter and Mack try and discover who Lash is in human form. As far as characters that stood out in this episode are concerned, I have to say it was great to see Bobbi back in action. In my opinion, she was one of the best additions to the cast last season so it has been disappointing seeing a lack of her in action so far this season.

If this is to be his last episode (the ending of the episode makes it unclear), I will be sad to see Werner von Strucker leave the show so soon. I was disappointed that his father, Baron Von Strucker, got so little screen-time (and an off-screen death) in the Marvel films so I was hoping to see Werner be on the show for a while, but the torture and stabbing at the hands of Kebo and HYDRA means it’s unlikely he survived.

A character that featured in von Strucker’s scenes is a character called Gideon Malick. When it was announced several weeks ago that Powers Boothe was joining the show, a lot of fans wondered if he would be playing his character from The Avengers- a member of the World Security Council. This episode revealed that Malick was indeed the same character and is now part of HYDRA. Even though he promises to help von Strucker, he ultimately betrays von Strucker and HYDRA comes in to torture him. Hopefully we’ll see more of Malick at some point as his character was very complex in this episode. 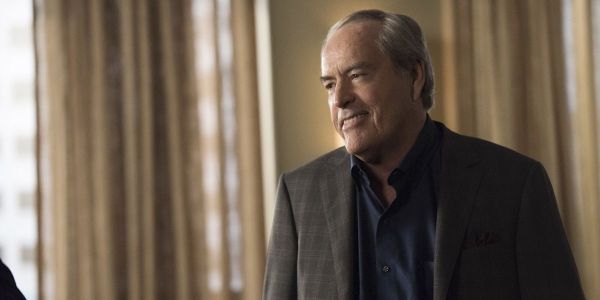 Lastly, Andrew Garner is a character that garnered (see what I did there?) a lot of attention in this episode. While a lot of fans were surprised by this reveal, as I said earlier I wasn’t surprised as I had already predicted this was the case- Andrew Garner is Lash. As von Strucker is dying he tells May how Garner transformed into Lash, and through flashbacks we see exactly how he survived the explosion two episodes ago. I know some fans are against Andrew as Lash, but I’m keeping an open mind so I can wait and see if it’s a good move by Marvel. There’s a lot of story to be told from this reveal, we’ll just have to wait and see if Marvel handle it well. The reveal does explain why Lash hasn’t attacked Daisy, which had raised a lot of questions as Lash was clearly on a hunt for other Inhumans.

The post-credits scene features a phone call with Daisy and Lincoln Campbell, before Daisy runs into Andrew briefly (with Daisy unaware about who Andrew really is).

In my opinion, this was another outstanding episode of Marvel’s Agents of S.H.I.E.L.D. While I predicted that Andrew was Lash, I thought the writers handled the reveal expertly. It was great to see Bobbi back in the field and fighting again. Gideon Malick was a very interesting character to explore and I hope we see more of him in the show, and I’m curious to see how S.H.I.E.L.D will react to the revelation that Andrew is Lash.