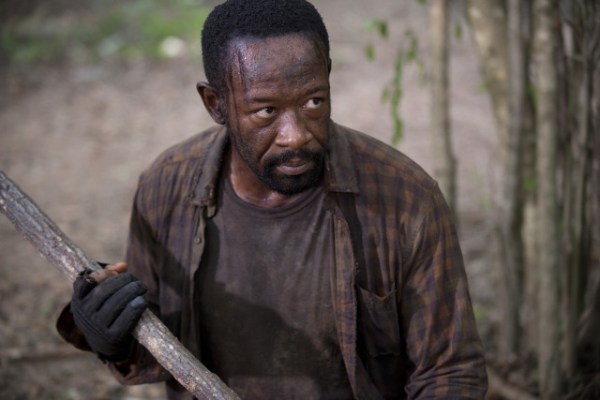 The latest episode of The Walking Dead is an interesting one. It was one of the most anticipated episodes for a number of fans but couldn’t have come at a worse time for other fans. It’s also the first episode of The Walking Dead to be told as a narrative, with Morgan Jones recounting his story between the episodes “Clear” and “No Sanctuary” to the member of The Wolves he didn’t kill.

That’s right, the episode focus on Morgan Jones. Morgan has built up a significant fan-following over the years since his debut on the show, but there are a couple of reasons this episode couldn’t have come at a worse time for some fans. For starters, Morgan has recently been against killing people as shown in recent episodes, but also because of the uncertainty surrounding what really happened to Glenn (though some fans need to realise the writers were never going to reveal that for a few weeks). In contrast to a number of fans, I was still intrigued to see a Morgan-focused episode and I firmly believe Glenn didn’t die so I didn’t have any reservations going into this episode.

We knew going into this episode that we would see the story of what happened to Morgan between the episodes “Clear” (Season 3) and “No Sanctuary” (Season 5), and in my opinion it was very different than I expected. In “Clear” we saw a very insane Morgan who was trying to recover from his son Duane’s death (to the point where he didn’t recognise Rick Grimes at first) and the episode shows that he was still insane for a time, still looking to ‘clear’ and killing anyone that got in his way (sound familiar?) but by the end of the episode we see how Morgan changed into how we see him at Alexandria. 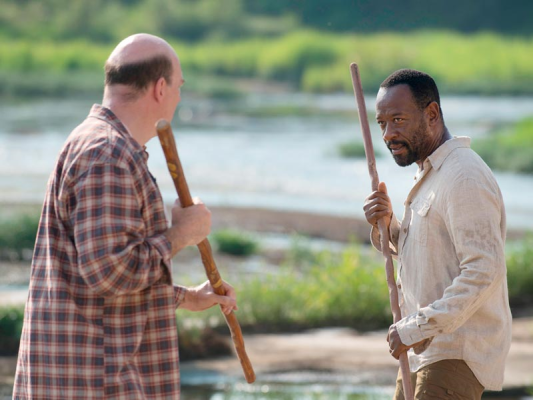 The Walking Dead has introduced us to many excellent characters, but Eastman is easily one of my favourite one-episode characters in the show. John Carroll Lynch brought us a character who I think will be remember for a long time to come (even though this was his only episode on the show). We learn that Eastman is responsible for Morgan using peaceful ways to fight (the use of Aikido) which is used with the intention not to kill people and that Eastman is the reason why Morgan (in the present) believes that all life is precious.

I have to admit, I have mixed views on the way Eastman dies. I will admit it was unnecessary that he got bitten by a Walker protecting Morgan (who recognised the Walker as a man he had strangled to death earlier) and I wish he died in a different way than to a Walker bite, but we do get several heartfelt scenes with him before his death so Eastman does get a nice send-off.

The final scene in the past shows Morgan seeing a sign for Terminus, revealing how he was following the marks as seen at the end of “No Sanctuary”. 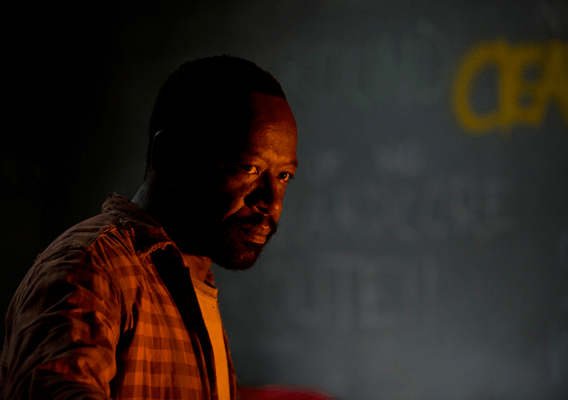 The way the writers handled the story of this episode was very interesting, especially with the narrative technique they employed. The episode opens with Morgan speaking to an unknown person, before Morgan’s story is shown. The last few minutes return to the present where it’s revealed that Morgan was talking to the member of The Wolves he tied up. The Wolf reveals that he has blood on his side (though it’s unclear if it’s from a Walker bite or a cut). Morgan locks him up, before the episode ends up with Morgan hearing Rick yelling to the residents of the Alexandria Safe-Zone to open the gate.

In my opinion, this was another solid episode of The Walking Dead. While it’s easily the weakest of this season so far, it was great to finally get an episode focused entirely on Morgan Jones. It was definitely a necessary episode to see what had changed him since “Clear” in Season 3. We also learn how Morgan found out about Terminus and that he didn’t kill The Wolf at the end of this season’s second episode. Eastman is easily one of my favourite one-episode characters that the show has given us.