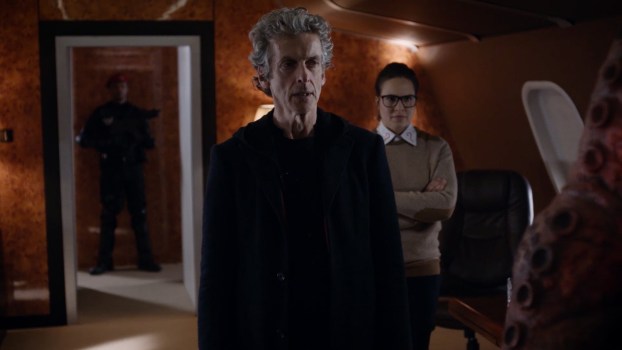 The latest episode of Doctor Who acts as a sequel to the events of the 50th anniversary episode “The Day of the Doctor”, where the humans and Zygons made a peace treaty so both races could live their lives in harmony. This episode shows the Zygons breaking the peace treaty and invading Earth.

The episode features the return of UNIT, Kate Stewart, Osgood and Jac (Kate and Jac had already appeared this series in “The Magician’s Apprentice”). I’ve always liked UNIT and it was great to see them make a full return in this episode. 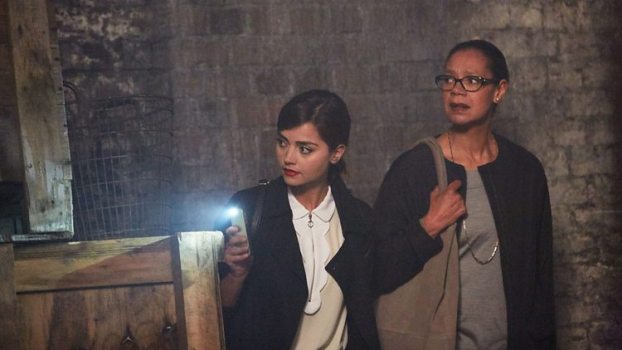 I have to be honest though, I didn’t like that they didn’t give us a clear answer on which Osgood was killed in the Series 8 finale (human or Zygon). I understand what they were trying to do in the context of the episode (making it harder to tell who is human and who is Zygon), but I felt like they ended up making it too complex and I think that the writers should’ve just given a straight-forward answer to the question.

Getting to what I really liked about the episode, I really enjoyed how the opening sequence of the episode used footage from “The Day of the Doctor”. As mentioned in the first paragraph, this episode is like a sequel to the events of that episode so it was a great idea on the writer’s part to include footage of that episode in this one.

From a certain point of view, this is technically the second companion-lite episode of the series (and both of those episodes airing back-to-back). In a shocking twist, it’s revealed that Clara Oswald was turned into a Zygon (when she had been trying to help a little boy earlier in the episode) and so we see very little of Clara in this episode. Instead, most of Clara’s screen-time in this episode is really her Zygon duplicate going by the name “Bonnie”. Doctor Who has had some surprising twists in its run but this one had to be one of the best, in my opinion.

Regardless of whether you are or not a fan of Clara, it has to be said that Jenna Coleman looked extremely convincing playing the evil Zygon duplicate. Coleman hasn’t had many opportunities to play villains in her career but I think casting directors will note that she can play bad characters very well. I’m looking forward to seeing more of “Bonnie” in the next episode of Doctor Who. 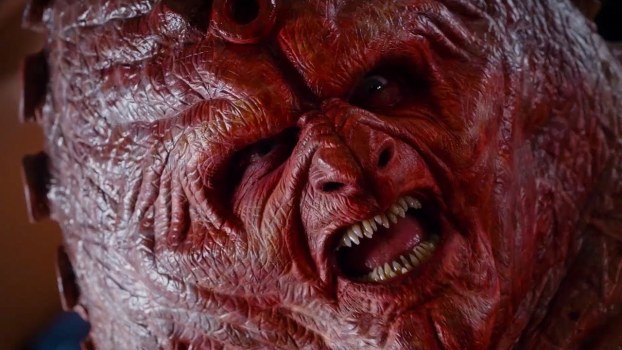 The ending of the episode sees “Bonnie” firing a missile at the airplane that The Doctor and Osgood are in, with a promise that the plane will never land. The Doctor’s situation seems hopeless, so we’ll have to wait and see how he gets out of this dilemma, considering that the situation has already seemed hopeless twice in this series alone- “The Magician’s Apprentice” and “Under the Lake”.

In my opinion, this was another excellent episode of Doctor Who. I really liked that the writers decided to expand on the events set-up in “The Day of the Doctor” with the Zygons inevitably breaking the peace treaty. The Zygons are interesting villains and it’s great that they’re finally getting their own episodes on the modern series. It was great to see the return of Kate Stewart, Osgood and Jac along with UNIT. The revelation that Clara is now a Zygon was a shocking twist and the episode ends on a major cliff-hanger with The Doctor in peril. How will The Doctor and Clara get out of this mess? We’ll have to keep watching to find out…

Random note: Anyone notice the similarities between Norlander’s transformation to a Zygon in this episode and Kate Stewart’s in “The Day of the Doctor”? Both make a reference to getting into character before transforming. Coincidentally, the former transforms into a Zygon in front of Kate in this episode.