The Walking Dead Officially Renewed for a Seventh Season 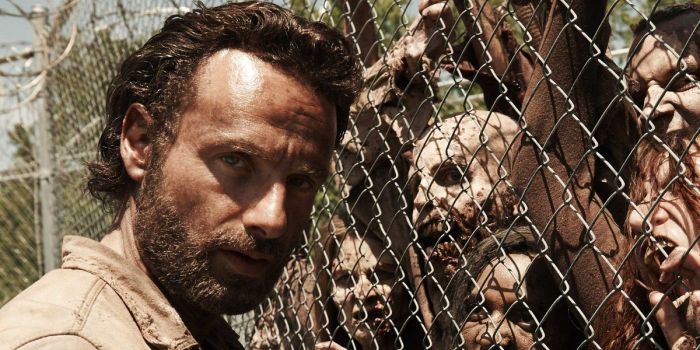 In what seems like a customary announcement at this point, AMC have renewed The Walking Dead for another season.

Season 7 will begin airing in the second-half of 2016. AMC also renewed The Talking Dead, the live after-show hosted by Chris Hardwick.

The following is the press release from AMC to go with the announcement:

“Thank goodness someone had a Magic 8-Ball with them in our many long internal meetings about these renewals. When, on the third shake, ‘without a doubt’ filled the murky blue screen, we knew we had to proceed with new seasons of ‘The Walking Dead’ and ‘Talking Dead,’” said Charlie Collier, president of AMC, SundanceTV and AMC Studios. “All joking aside, we are so proud to share these shows with fans who have been so passionate, communicative and engaged. We are grateful for and continually impressed by the talent, effort and excellence on continuous display by Robert Kirkman, Scott Gimple, Chris Hardwick and the many people with whom we partner to make these unique shows possible. The result: More Walking and Talking. Hooray.”

Following a free premiere event with 13,500 screaming fans at Madison Square Garden, “The Walking Dead” has kicked off its sixth season with impressive social activity, drawing nearly 20 million social engagements between premiere week and episode 3 and ranking as the #1 most engaging drama. Since last year’s premiere, “The Walking Dead” has gained 5.5 million new fans across social media, now tracking with an audience of nearly 40 million. Instagram has surfaced as “The Walking Dead’s” fastest-growing social platform, with the show capturing more than 8% of the industry’s engagement so far this season, up 25% from last year. Meanwhile, the series’ audience size has more than tripled on Instagram, while total engagements have jumped 325% from this point last year, with 8 million total engagements for the season to date.

Around the world, season seven of “The Walking Dead” will again be “First on FOX,” with FOX International Channels (FIC) bringing the show to audiences globally in all of its 125+ markets as part of FIC’s continued commitment to broadcast the series day-and-date internationally. Following the U.S. trend, “The Walking Dead” continues to break records overseas and has more than tripled its numbers on FOX since its launch.”