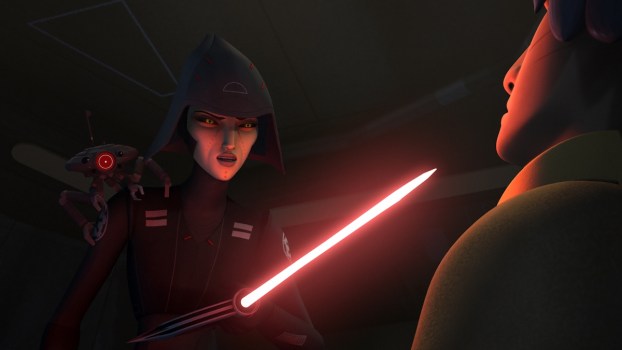 Following the brief introduction of the Fifth Brother in the previous episode, the latest episode of Star Wars: Rebels features him in action, as well as introducing the other new inquisitor, the Seventh Sister.

Now that Rex and the clone troopers are officially part of the rebels (though neither Wolffe nor Gregor appear in this episode), we see the first useful intel from Rex as teased in the previous episodes- as Ezra, Sabine, Zeb and Chopper head to an old Republic medical station to look for medical supplies. As a fan of the Star Wars: The Clone Wars animated series since the show began, I was delighted to see another ship from the show make an appearance on Rebels.

The medical station serves as the setting for the Fifth Brother and Seventh Sister to confront the rebels for the first time. We learn that the inquisitor from the first season was referred to as the ‘Grand Inquisitor’, meaning that the two new inquisitors aren’t as experienced or skilled as him, but are intent on replacing him (and therefore have moments where they’re confronting each other). However, without the experience of Kanan and Hera, the rebels struggle against the new inquisitors. I really enjoyed seeing the three younger rebels leading the mission in this episode, because even after a lot of training and battles you can see that they struggle without the leadership of Kanan and Hera- especially in the face of the new inquisitors. Even though Ezra and Sabine are captured, Zeb and Chopper manage to rescue them and the group escapes the medical station. However, I think it’s great to show how the rebels are really concerned by the presence of two new inquisitors. Though they managed to defeat a stronger inquisitor in the first season, knowing there are more out there is understandably a worry for the heroes (especially with their knowledge of Ahsoka Tano). 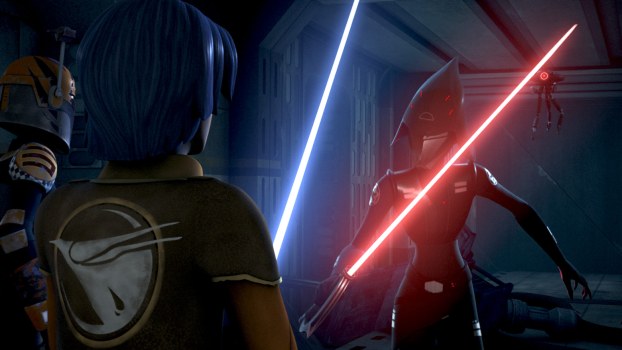 On another note, anyone else notice a new conflict brewing between Kanan and Rex (that doesn’t relate to Order 66)? It’s clear that they both want to teach Ezra in different ways and I can see this becoming a bigger problem in upcoming episodes.

In my opinion, while not as good as the first two episodes of this season, this is another very good episode of Star Wars: Rebels. Both new inquisitors, Fifth Brother and Seventh Sister, are interesting characters and I’m looking forward to seeing more of both characters in the show. It was great to see a Republic medical station and seeing a mission only featuring the younger rebels was also interesting. However, I felt a little let-down by the fight scenes in this episode.