The Walking Dead continued its sixth season with the episode “JSS”, showing the first attack from The Wolves on the Alexandria Safe-Zone.

This episode focuses on the members of the Alexandria Safe-Zone who weren’t shown in the present time in the season premier (only Morgan Jones appeared in the present in the last episode and this episode), which I really liked and I thought that was one of the things that helped this episode. Even though a number of fans aren’t fond of episodes where the group is apart, it is current showrunner Scott Gimple’s strong suit (splitting the large group to focus on a smaller number of characters) and I think the showrunners should always stick to their strengths.

Even though we’ve seen numerous groups oppose Rick Grimes and co. on the show, we’re still only just getting to know The Wolves (after numerous episodes of teasing last season) but it’s safe to say they’re a major threat given how they easily snuck into Alexandria and the way they brutally murdered a number of its residents. We still haven’t been introduced to the leader of The Wolves yet, but we do see the two members that Morgan encountered in last season’s finale. It will be interesting to see their leader, given how the rest of the group are brutal but apparently didn’t choose the life they live.

Several characters stood out in this episode for me and here’s a round-up of who those characters were: 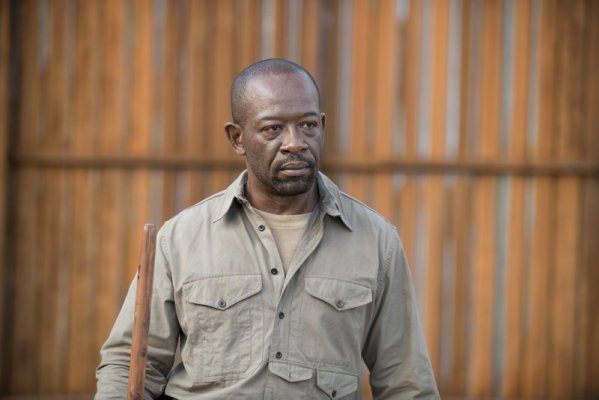 Even though I’ve been a fan of his for a long time, Morgan really needs to step up again. He didn’t kill the two Wolves last season and they came back in this episode. He lets the blond one go again and even though he seemingly killed the black-haired one, I don’t believe he did. Benedict Samuel (who plays that character) is credited as a supporting cast member so I think he’ll definitely return. I honestly don’t believe that Morgan killed him and I think he’s going to face consequences in a bigger way next time.

Even though he doesn’t feature as much as other characters in this episode, I’m wondering what effect the events will have on Aaron- considering he discovered that The Wolves found the Safe-Zone from the photos in the backpack he dropped in last season’s finale. I’m sure we’ll see that have some effect on him in upcoming episodes. 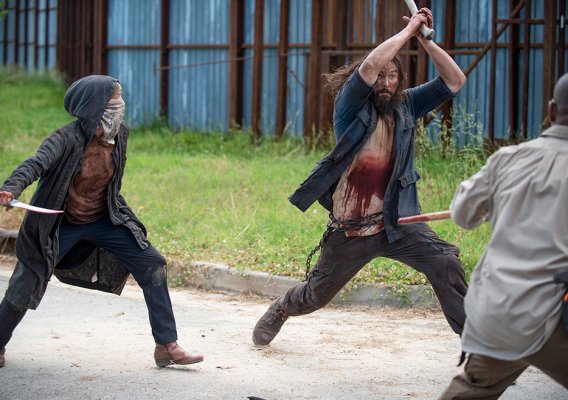 The episode reveals that the horn heard in the previous episode was indeed coming from the Safe-Zone. Spencer Monroe shoots a truck driver heading towards the main gate and the truck subsequently crashes into a wall- causing the horn to blare (we may see the effect the Walker herd it will bring will be in the next episode).

In my opinion, this was another excellent episode of The Walking Dead. With most of the fighters in the group outside of the Safe-Zone, it was brutal watching how some of the less capable members of Alexandria reacted to the attack from The Wolves. Carol was instrumental in driving them out, with other characters including Enid, Jessie and Morgan standing out in the episode. We’ll have to wait and see if Rick and co. can stop the Walker herd taking over Alexandria and await an inevitable counter-attack from The Wolves.

PS: Any comic fans annoyed that they finally introduced Holly but killed her in her first episode? I know it has been hinted that they’re going the comic Holly route with Francine, but it still felt like a waste to include a strong character in the comics and kill her off right away.