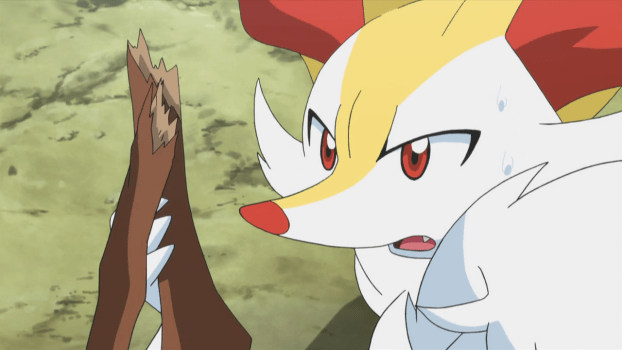 The latest episode of Pokémon XY focuses on the bond between Serena and her Braixen in a very interesting way.

I have to be honest right away, I’m still 50/50 on what I really think of this episode and that may come across in this review. I think there are reasons this episode is necessary but at the same time I also didn’t think it was really good.

If you’ve been keeping up with recent episodes of Pokémon XY, you’ll know that a few of the recent episodes can be described by some fans as ‘filler’ episodes but were still entertaining in their own way. This episode was decent with a couple of slightly major things happening but I don’t remember really being entertained much during the episode.

I don’t want to appear critical, because this is a Serena-centric episode and Serena is my favourite character from the XY series. It’s definitely my least favourite of the Serena-focused episodes (most of which have been excellent). However, I do also think it’s necessary in its own way. Why? Ever since Serena caught Pancham I’ve felt that Braixen (at the time Fennekin) hasn’t gotten as much focus since Pancham joined the group. Considering the unique bond that trainers share with their first Pokémon (Ash and Pikachu being the obvious examples), I’ve been surprised at the lack of personal moments between Serena and Braixen since Pancham became part of the team. That’s why I consider this episode necessary because it does show they still have a strong bond (which is why Braixen is so upset that the branch broke). 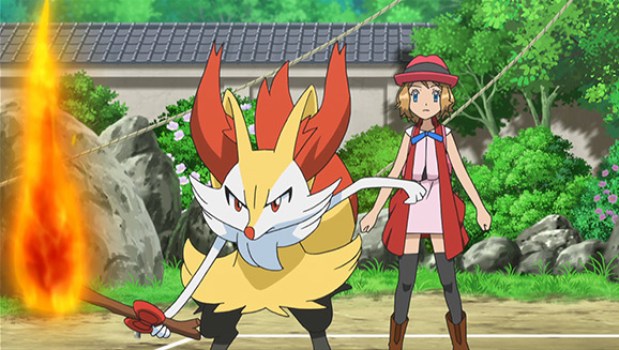 The episode had other good moments as well. I liked the role that the writers gave James in this episode. While bizarre, the idea of James’ bottle cap collection and Braixen’s choice of branches did have similarities (does a collectors pickiness count?). I was very surprised by the brief flashback of James’s house and his mother’s voice being heard (she’s not seen on-screen). A nice surprise in the episode that I wasn’t expecting.

After Braixen’s branch broke during practice for the next showcase, Serena goes to see a tree surgeon called Woodward (am I the only one who didn’t know there was such a thing as a tree surgeon)? Woodward was a nice character even though he was unable to fix Braixen’s branch (with Braixen forced to get a replacement- though with an added ribbon). During the time with Woodward, he challenges Serena to a Pokémon battle- her Braixen against his Gallade. After Team Rocket arrives and are quickly sent blasting off by Serena, the battle continues with Braixen learning the move Fire Blast. Complete with a new stick and move, it’ll be interesting to see what the writers do with both in upcoming showcases. 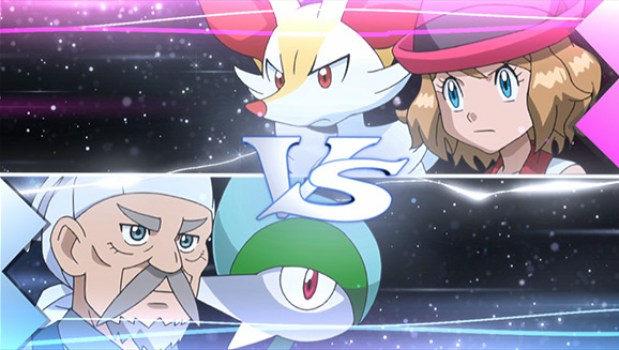 In my opinion, this was an average episode of Pokémon XY. While it was a necessary episode to develop Serena and Braixen’s partnership again (as well having Braixen get a new stick and learn a new move), I felt the episode was slow-paced and not as entertaining as recent episodes- which saddened me as Serena is my favourite character from XY and I usually really enjoy the episodes that focus on her. The role James played and the flashbacks that focused on him were a nice touch to the episode.

Note: How did the group not notice James taking his disguise off before joining Jessie and Meowth in the motto?