Doctor Who Episode Review- “The Girl Who Died” 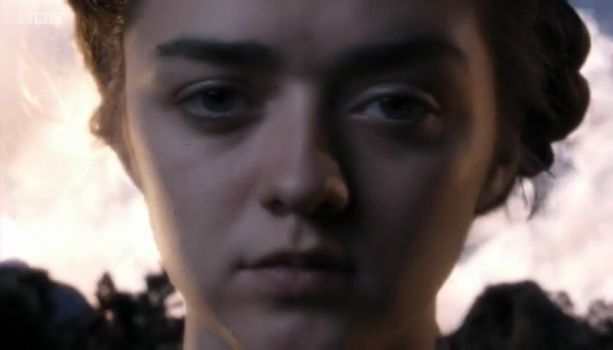 The latest episode of Doctor Who finally reveals the question that Doctor Who fans have been asking since the casting of Peter Capaldi as The Doctor- why does the 12th Doctor have the same face as Lobus Caecilius from the Series 4 episode “The Fires of Pompeii”?

Not only does the episode answer this question, but is an all-round excellent episode. It features the long-awaited debut of Maisie Williams as Ashildr, interesting villains in Odin and the Mire, features flashbacks that would excite any new-Who fan and re-introduced the concept of immortality (last seen with Jack Harkness). All of this is done in the first episode of a two-parter, making you wonder what they’re saving for the next episode…

Maisie Williams’ Ashildr is a very complex character and goes through a lot of character development in her first episode, and by the time of her death (the episode title refers to Ashildr) we’ve seen a significant change for the character and Maisie Williams portrays the character perfectly in her Doctor Who debut, ranging from her foolishness in declaring a war on the Mire (who she had just witnessed killing some of her fellow Vikings) and up to her death and resurrection. The Doctor’s decision to resurrect her was a brave move on his part, and you can tell that he worries if he made the right move as it’s revealed that she is now immortal. As The Doctor says, being immortal means just watching everyone else die. It will be interesting to see how much Ashildr has changed when we see her in the next episode. Note: It looks like fan speculation that Ashildr was a returning character (Susan or Jenny being the obvious suggestions by fans) was wrong and she really was a new character. 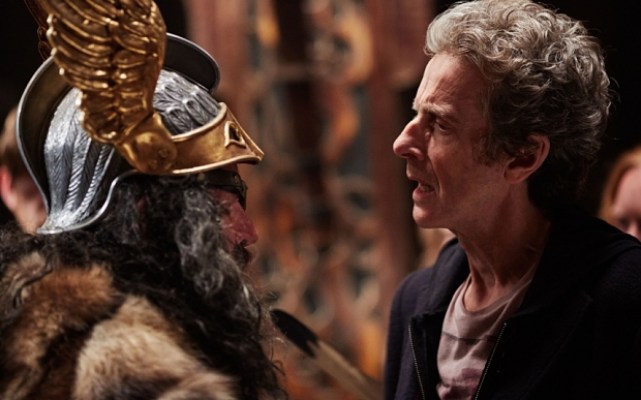 Odin and the Mire provided interesting villains for this episode (with their feeding off of Vikings adrenaline and testosterone being very creepy), but if I had one disappointment with this episode it was that I felt both Odin and the Mire got a bad send-off. It was an interesting decision to write them out of the episode the way they did but I think they went overboard on the idea of writing them out by way of humiliation, ending up with them me just not being able to take them seriously anymore (though even with their helmets off the Mire did look intimidating). Hopefully they will also return for the next episode and provide a more serious threat. After all, they did kill most of the villages best Vikings earlier in the episode.

The flashbacks featuring David Tennant’s 10th Doctor were an excellent and surprising inclusion into an already excellent episode, and it was these flashbacks that revealed the reason Peter Capaldi’s 12th Doctor has the face of Lobus Caecilius. Back in “The Fires of Pompeii”, where the 10th Doctor meets Caecilius, he can only save one group of people and he chooses Caecilius and his family- leading the 12th Doctor to realise that he choose that face as a reminder that he can always save people. This leads to him having the belief that he can save Ashildr after she dies, and he does succeed. I have to be honest, ever since it was announced that Steven Moffat intended to have a story-line where there’s a reason the 10th Doctor chose that face, I was worried that it wouldn’t work and the idea would be full of plot-holes. Fortunately, this series has shown a large improvement in Moffat’s writing (and his ability to not make reveals obvious) and in the end I’m very pleased that we got an excellent reason.

Even though I touched upon it when talking about Ashildr earlier, I will add that with immortality being back in Doctor Who it will be very interesting to see how they use it with her (I doubt she’ll be getting a spin-off series and dying every episode). Alas, you never know… 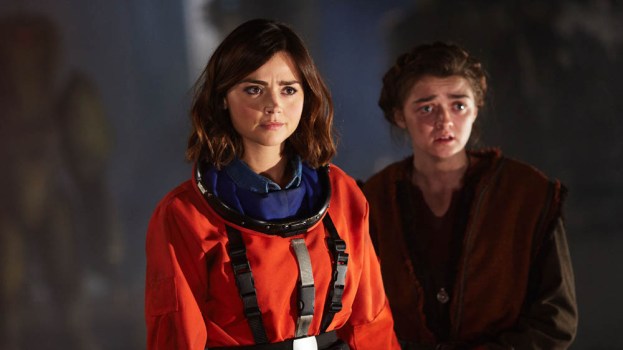 Even though the episode ends with The Doctor and Clara leaving in the T.A.R.D.I.S, we know with the next episode being the second of the two-parter that we’ll definitely see the events of this episode carry into the next episode.

In my opinion, this was an excellent episode of Doctor Who with near-perfect writing. I’ve been very impressed in the consistency of this series so far, and once again we’re treated to another outstanding episode. Ashildr was an excellent addition to the show, the flashbacks of the 10th Doctor were a nice inclusion and the re-introduction of immortality is going to make for some interesting things in the next episode. Odin and the Mire were great villains, and while I wasn’t happy with the way they were written out it doesn’t change the fact that this was a near-perfect episode in my opinion.

Note: Even though I haven’t had any problems with the sonic sunglasses, did anyone else half wonder if they were broken to appease the fans who had been hating on the sunglasses?