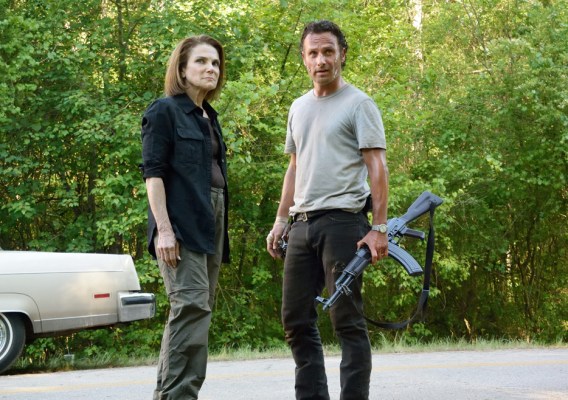 Now that the first season of the companion series Fear The Walking Dead has come and gone, attention turns back to the main series after the major cliff-hanger Season 5 ended on.

New season premiers are always big for any TV show, so showrunners usually try and make the premier big or they use it to try something new. The Walking Dead went more for the latter in its sixth season premier with its mix of present day and black and white imagery (the latter signifying events that took place before the events in the episode). In my opinion this was a really good idea (especially as they’ve done flashbacks which have confused some fans) so I think doing the black and white imagery was a great way to illustrate the flashback scenes. However, it felt like the episode was split between present events and flashbacks. While I usually like balance in the TV shows I watch, I felt like the novelty and idea wore off after a while and felt we didn’t need as many flashbacks as we got (but that may just be my opinion). I’m not denying that the flashbacks were important but I felt that having half of the episode be present-day and the other half flashbacks after a while got a bit tiresome.

We see Rick Grimes and his group continuing to adjust to life in the Alexandria Safe-Zone, especially after the deaths of Reg and Pete in last season’s finale- they do this by showing that a number of Alexandrians still don’t trust Rick, including a number of new characters and characters we’ve seen before. More on them to follow…

Carter, one of the new characters we’re introduced to, is very much against Rick for most of the episode- this includes a meeting with other Alexandrians and a plot to kill Rick which comes to nothing (but for the comic fans you may have noticed Spencer was part of the meeting). It’s only towards the end of the episode where he starts to redeem himself, but is attacked and bitten by a stray Walker (leaving Rick to stab him to prevent the Walkers from hearing his screams). I have to admit I was surprised they killed off Carter in his first episode. Not only was he played by a fairly well-known actor (Ethan Embry) but there was a lot of publicity on him heading into the season (including an Entertainment Weekly article on some of the new characters). That said, even though he’ll be remembered as a one-episode character he did go through a lot of development in his only episode. 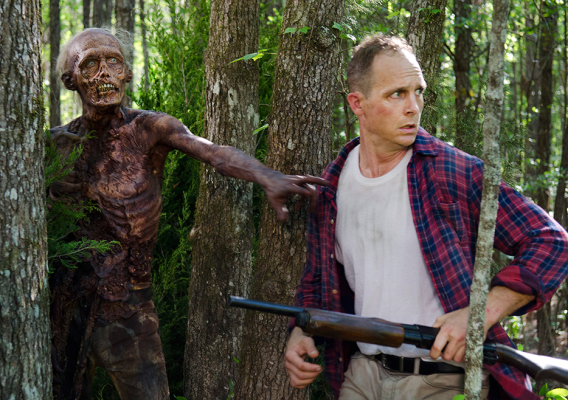 We also see Ron (one of Jessie’s sons who we were introduced to last season) start to turn against Rick, clearly unhappy about his father Pete’s death. We get some interesting scenes with Rick and Ron in the episode (and the talk scene with Rick and Jessie regarding Ron was also interesting) and I’m curious what the showrunners are planning to do with Ron, but I highly doubt it was him blowing the horn at the end of the episode.

We also get introduced to Heath (a popular character from the comic series), who quickly begins to work well with Glenn in the episode. Speaking of Glenn, it looks like Nicholas is trying to redeem himself after their fight in last seasons finale.

However, one character that definitely wasn’t against Rick in this episode was Morgan Jones (showing another San Diego Comic-Con trailer was intended to be mis-leading). It was great to see them back on-screen and working together following the cliff-hanger last season, and I’m looking forward to a lot more scenes with both characters this season (especially now that Lennie James is a main cast member). 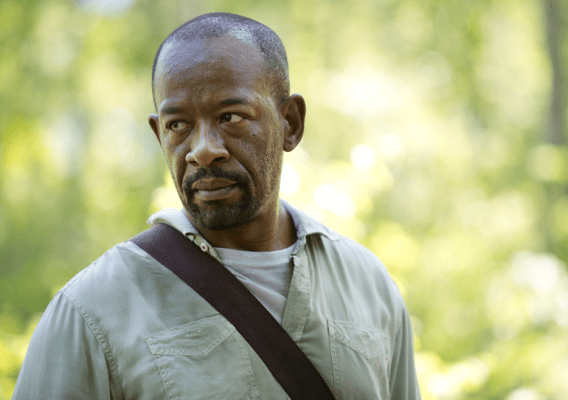 I have to admit, the showrunners plan for how Rick and co. were going to lure the Walkers from the quarry was a very clever plan. However, it’s a pity that the plan looks set to fail with that horn (which I mentioned before) going off and will likely lure the Walkers towards the Safe-Zone.

The episode ends with the continued sounds of the horn, with hundreds of Walkers on-screen and heading towards the Alexandria Safe-Zone.

In my opinion, this was an outstanding season premier from The Walking Dead. We get introduced to several new characters (though Carter dies in this episode), the episode carries on from last season’s finale perfectly, the use of black and white imagery to indicate flashbacks was a great idea (though maybe there were too many flashbacks) and the episode ends on a big cliff-hanger. It’s likely the next episode will focus on the characters who stayed at the Safe-Zone and didn’t go to the quarry.