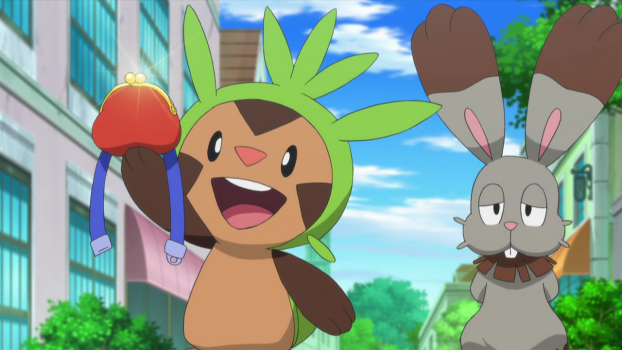 Following on from last weeks slow-paced entertainment focused episode, we get another of the same type where nothing major happens but still manages to be a solid episode.

The episode focuses on the group of Ash, Serena, Clemont and Bonnie at a Pokémon Centre. Having only just arrived, the power goes out and so the group all pitches in to help. Even though this episode is technically a Clemont-focused episode, we still get a lot of screen-time for the other heroes and their Pokémon. Ash’s job is to help repair the roof where leaks are coming through and Serena and Bonnie wear Nurse Joy outfits and assist Nurse Joy in helping trainers and their Pokémon. Meanwhile, Pikachu, Dedenne and Luxray restore the electricity through electrical attacks (albeit Dedenne sleeps through most of it).

Seen as the episode is Clemont-focused, we do get great scenes with him doing his best to restore the electricity in the Pokémon Centre. But, he can’t do two things at once (work on the machine and get a fuse he needs to finish the job) so he sends his Chespin and Bunnelby to fetch it for him. As I’ve said before, I really do like scenes that only feature Pokémon in them and so the scenes with Chespin and Bunnelby were fun to watch. They’re especially interesting because in previous episodes it’s (kind of) shown that Clemont’s other Pokémon are wary of Chespin, but this episode definitely shows it with both Bunnelby and Luxray. 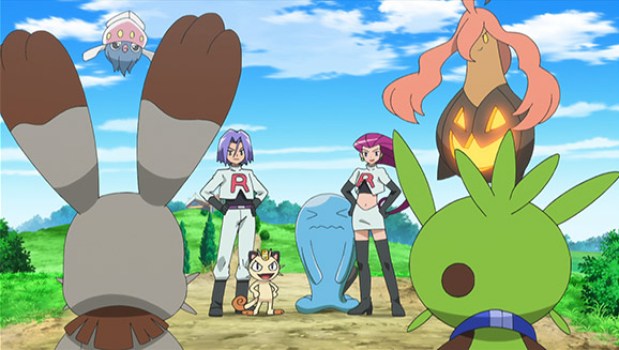 By the end of the episode, Chespin and Bunnelby manage to wade off a Fearow and battle Team Rocket (only barely needing Ash’s help when he arrives) to reach their destination and get the fuse Clemont needs. A job well done, but I’m sure we can all agree that Clemont gave Chespin too much congratulatory Pokémon food… not that Chespin needed any encouragement to eat all of it.

I have to say, Serena and Bonnie looked really amazing in the Nurse Joy outfits. Is Ash finally starting to ‘notice’ Serena? Even though he doesn’t answer her question to way she asked it (she asks him how she looks), Ash does say great and that she could be the real Nurse Joy. Hmmmm… 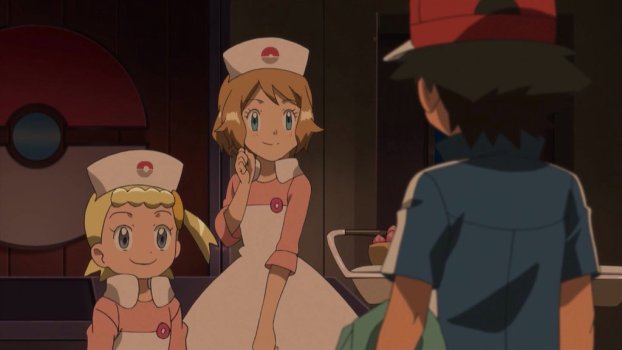 In my opinion, this was another good Pokémon XY episode, but another that is unlikely to be significant in the long run as no major events happen. That said, the episode does have its good parts that I liked- seeing more scenes with only Pokémon involved (the Chespin/Bunnelby scenes) was something I’ve wanted to see more of, Serena and Bonnie getting to wear Nurse Joy outfits was really nice to see and watching the group pitch it to restore a Pokémon Centre’s power was a nice idea to follow. Not great but slightly better than last week’s episode with more of a story to follow.