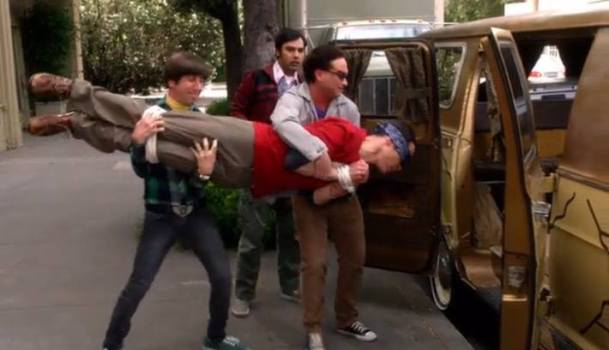 The ninth season of The Big Bang Theory has gotten off to an interesting start with two big episodes, and the third episode of the shows penultimate season (unless it gets renewed beyond 10 seasons) continued in this vein.

Like the previous episode, this episode further carries on the two major events of the season so far- Leonard and Penny’s wedding and Sheldon and Amy’s break-up. While I’m still not happy with how the wedding was handled in the premier episode of the season, the aftermath has been handled really well and this episode continues that with celebrations- Bernadette and Amy throwing a mini- bachelorette party for Penny and Sheldon, Howard and Raj taking Leonard to Mexico for a weekend.

Like with the previous episode, this episode of The Big Bang Theory kicks off with a great humourous scene right away. I’ve always felt that the show’s episodes that feature a great humour scene right away are the most likely to continue that vein throughout, and like the previous episode this was the same. Sheldon’s ‘kidnapping’ and being carried to the car by the guys was a great opening scene and set the mood for the rest of the episode.

The episode features the return of Penny’s father Wyatt, who has only been seen on-screen in one previous episode (“The Boyfriend Complexity” back in Season 4). His inclusion was a nice surprise and the humour in the scene where Penny tells him that she and Leonard are engaged is great. We know from his last appearance that Wyatt didn’t like any of her previous boyfriends other than Leonard, so it’s natural that he’s happy for her. The humour when it’s revealed that Penny and Wyatt haven’t been telling her things is great (Penny waiting a week to tell Wyatt of her engagement and Wyatt not telling Penny that he ran over her pig Moondance). 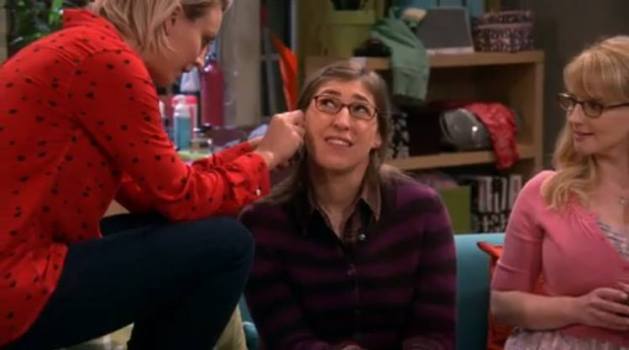 Speaking of characters not telling their parents things, it’s revealed that Amy hasn’t told her mother about her break-up with Sheldon (so like Penny with Wyatt she’s forced to tell her mother something she had been holding out on). Even though we see Amy on the phone with her mother, we still don’t actually see her mother which was disappointing. Amy decides that (due to her break-up) she wants to make a change to herself. You’d think this would mean a big change. Glasses? No. Hair? No. Shoes? No. She wants to get her ears pierced which Penny does for her.

Another funny part in regard to Penny and Amy, it’s revealed that neither of them gave changed their Facebook status (Penny to say she’s married and Amy to say she has had a break-up). I thought this was one of the funniest moments in the episode.

The reveal that the van belonged to Richard Feynman (one of Sheldon’s favourite physicists) is a nice reveal. Unfortunately, the guys discover that the van has a flat tire and they have to stop to (unsuccessfully) attempt to fix it, which they are unsuccessful in doing as they only end up putting the van on fire (and the episode ends with Leonard and Sheldon returning to the apartment). 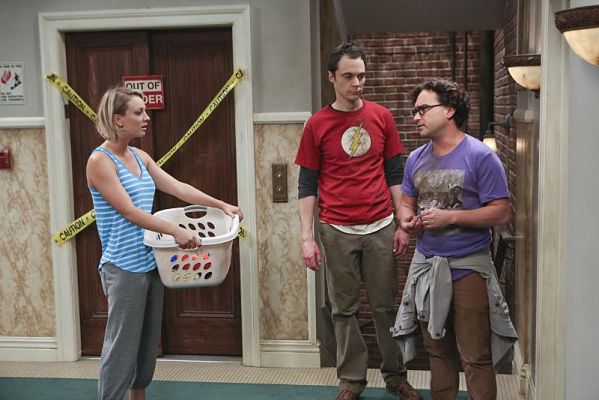 In my opinion, while not as great as the previous episode it handles carrying on the aftermath of Penny/Leonard’s wedding and Sheldon/Amy’s break-up very well. The separate bachelor parties the guys and girls throw respectively provide good humour in the episode and the return of Wyatt was a nice addition to the episode.