Doctor Who- The War Doctor to Return in New Audio Play 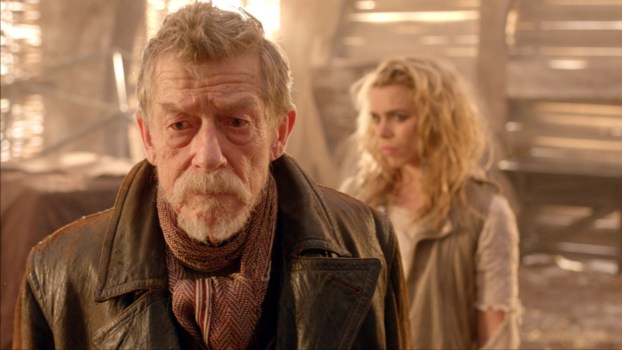 John Hurt is set to reprise his role as the War Doctor, who first appeared in the Doctor Who 50th Anniversary Special two years ago, in a new audio play from Big Finish, titled Doctor Who: The War Doctor.

In a press release, Jason Haigh-Ellery, executive producer at Big Finish said that while “ watching his performance in ‘The Day of the Doctor’ I did find myself fantasizing that some far off day we might have the chance to work with him on the audio adventures of Doctor Who and now two short years later it’s happened… Now we have the chance to get to know that character more and hear John stretch in the role. We’re all in for a hell of a ride as the War Doctor engages in battle. But who are the greater threat – the Daleks or the Time Lords?”

The audio play will span over four box sets, containing three linked hour-long episodes each. The first of these box sets, Only the Monstrous was directed by Doctor Who: Dark Eyes writer and director Nicholas Briggs.

The cast of this new audio play include Jacqueline Pearce (The Avengers, Callan), who plays Time Lord Cardinal Ollistra, a major player in the Time War against the Daleks

Only the Monstrous will be released this Christmas, with the second volume,  Infernal Devices set to be released in February 2016.

Volumes Three and Four are still in pre-production.