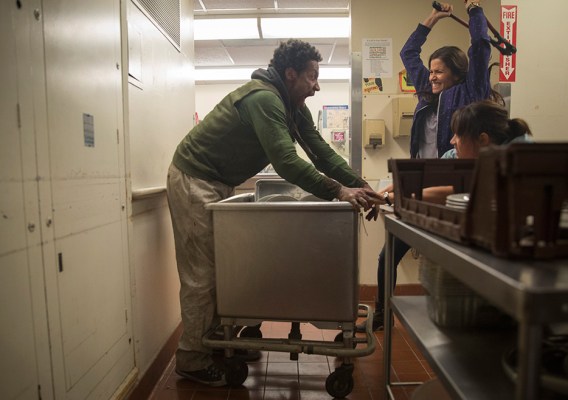 Even though the first season of Fear The Walking Dead only had six episodes (much like the main series), I was impressed watching the episode and seeing how far all of the characters have come already. This is most clear in Travis when he severely beats up Andrew Adams after he shoots Ofelia non-fatally, as Travis had let him go earlier in the episode (does anyone else think that Adams told the three guards who harassed Chris and Alicia about where they would be?). Of all of the main characters, Travis has been the most criticised character but after this episode I don’t think he’ll be getting a lot of criticism.

In contrast, Daniel Salazar has been one of the most praised characters so far and his performance was again one of the highlights. The way Daniel casually tells two soldiers to save their ammunition right before the infected show up was cold, and his plan to get the infected out of the arena to attack the compound was a pretty dangerous plan (and you could argue he inadvertently is the reason Liza got killed). I wonder if Travis and Chris will think that way…

Speaking of Liza, even though she (for me) only started getting major character development in episode four and five it’s very sad to see her go. I think she really started to shine in those two episodes (as well as this episode) and became one of the most useful members of the group. Elizabeth Rodriguez did a great job throughout the season as the character and it’s sad to see her leave so soon. More on Liza’s death scene a couple of paragraphs below. 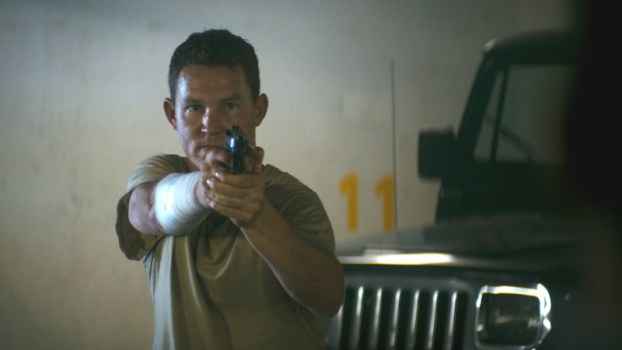 I have to admit, even though I didn’t expect any main cast members to die I definitely wasn’t expecting it to be Liza. My predictions for possible main character deaths were either Travis or Alicia, but looking back on it the decision to kill Liza makes sense- she was the only member of the group who had learned that traumatic brain injury was required to kill the infected and was able to pass on the information before Travis shot her out of mercy, though I think they should have kept her around as the group will need a nurse or doctor.

Speaking of deaths, the death of the soldier (Williams) by getting bitten and then sliced and diced by a helicopter propeller was intense. I think that has to be one of my favourite deaths in The Walking Dead universe so far. 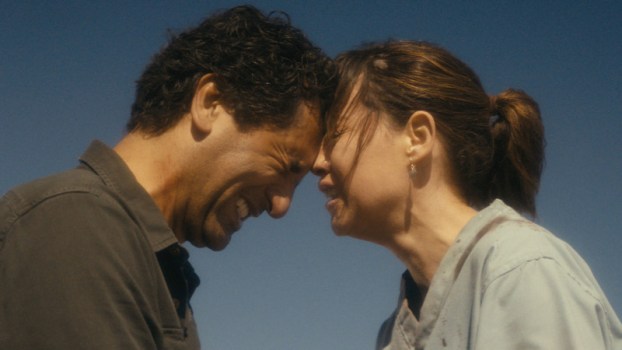 The acting in this episode was absolutely outstanding. I haven’t found a criticism in any of the cast members acting so far, but they really went above and beyond in this episode. The scene where Liza tells Madison and Travis about her bite was done really well, and the moment where Travis and Liza touch heads (pictured above) is especially sad to watch. Chris’ reaction to seeing Liza’s dead body is equally gut-wrenching.

Looking to the future of Fear, I hope we see Victor Strand become a main character next season. Even though I was unsure of his purpose in the previous episode, he played an important role in this episode and helps the group decide on a new destination. The idea of the group going on a boat, called Abigail, is something I want to see. Both the main series and the Telltale game have hinted at boats but neither have shown how you would attempt to survive an apocalypse by boat travel so this is something I would like to see Fear The Walking Dead do.

Lastly, if you haven’t liked the lack of the infected in the show so far the finale will blow your mind. The amount of infected that Daniel set loose was a large amount, rivalling some of the biggest herds we’ve seen on the main series.

In my opinion, the first season finale of Fear The Walking Dead was everything I wanted it to be. It was intense, had lots of infected and there are some truly outstanding character moments, with the surprise major character death of Liza. Even though I’ve enjoyed the show from the beginning, I know some people thought it was slow but this season finale was excellent and sets up a big second season. We already know that the second season will have 15 episodes and a lot more of the infected so the future is very bright for Fear The Walking Dead.