Pokémon XY Episode Review- “Over the Mountain of Snow!” 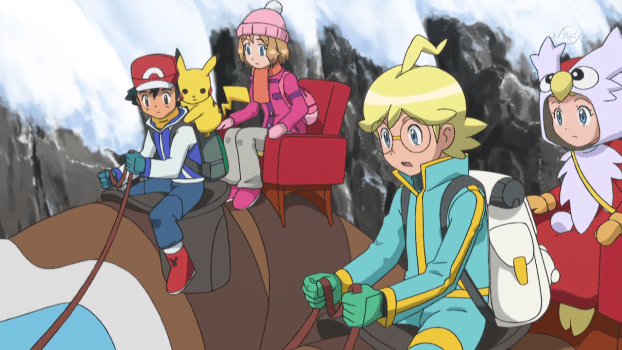 Just like how Serena’s first showcase win was followed by an episode that focused more on entertaining than showing important events, this episode of Pokémon XY does much the same following on from Pumpkaboo evolving into Gourgeist in the previous episode.

While nothing major happens in this episode (aside from Gourgeist now knowing the move Seed Bomb), the episode is still important in its own way because (once again) we get an episode that illustrates just how much the group of Ash, Serena, Clemont and Bonnie are like a family and how they balance each other really well. The final scene in this episode is a great example of this, and it’s moments like those that make you know how difficult it will to see Ash leave Serena, Clemont and Bonnie after the Kalos League.

Putting those gloomy thoughts aside, the episode was good in my opinion without ever needing to be brilliant. Almost the whole episode (aside from the opening scene) is featured in snow and visually I think the animators did a great job on the snowy terrain in this episode, and having almost the whole episode in the snowy terrain was impressive. The cold weather gear Ash and co. wore was nice as well. 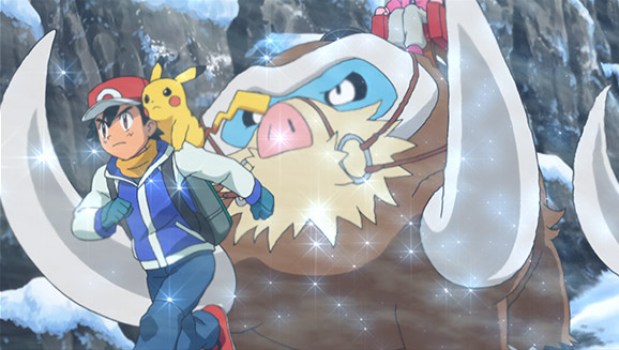 The plot of the episode revolves around the group needing to use two Mamoswine to help them get over a snowy mountain so they can reach their destination (Anistar City). Of course, travelling over a mountain isn’t easy and leads to some interesting and funny moments (like Serena using her Rhyhorn racing experience to control Mamoswine). I was a little disappointed that Dawn didn’t get referenced when the group were riding on Mamoswine (but her Piplup did get referenced in an earlier XY episode so I can’t really complain as that reference was a surprise).

While on the way to their destination, the group encounters an Abomasnow and a Snover (the latter is sick and so the group decides to help out). The group needs to find two ingredients to help it, with Ash and Serena finding the Leafy Shiverwort and Clemont and Bonnie finding the Harsh Maricold. Upon their return, Abomasnow and Mamoswine are abruptly trapped by Team Rocket, who naturally get sent blasting off. Note: Did anyone else notice the current dub main theme “Be a Hero” was used during the battle between the heroes and Team Rocket here? 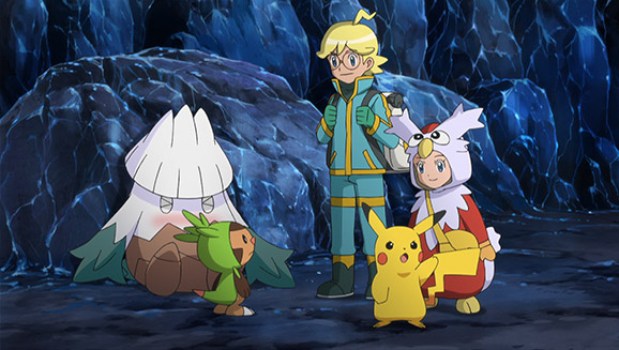 The episode ends with the group spotting a town where they can rest, while reflecting on how well they work together.

In my opinion, this episode was a good episode without it really ever needing to excel. That said, it illustrated again how Ash, Serena, Clemont and Bonnie are such a strong group which is always nice to see, the snow setting for the entire episode was great (and visually impressive in my opinion) and we got to see some familiar Pokémon like Mamoswine, Abomasnow and Snover. A solid episode of Pokémon XY.