Doctor Who Episode Review- “Under the Lake” 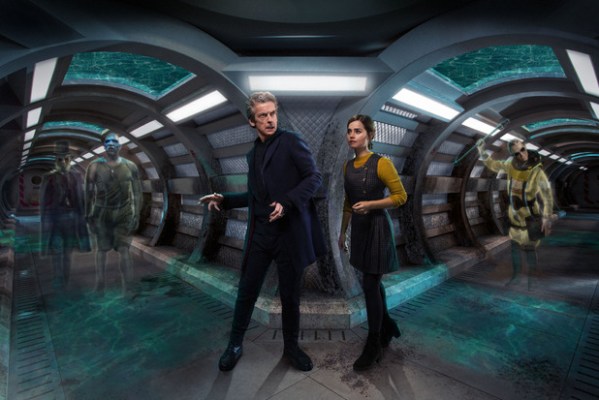 The latest episode of Doctor Who moves away from Davros and his Daleks, instead bringing fans to an underwater mining facility in the year 2119. However, it’s no ordinary base as it is threatened by mumbling Ghosts who are terrorizing the Crew. How did they end up in there? What do they want? This is why the T.A.R.D.I.S brings The Doctor and Clara Oswald to the facility.

Upon arrival, the base seems fairly quiet and possibly abandoned however they are greeted by two transparent like figures- both of them are ghosts, with one of them being Moran, the leader of the crew who got killed at the beginning of the episode. They lead both of them to the spacecraft (where Moran was killed earlier). Subsequently, they are terrorised and chased by the ghosts down the corridor until they encounter the remaining surviving crew in the Faraday cage which is ghost protected.

Despite not believing the fact the creatures are ghosts at first, The Doctor eventually comes to the conclusion that was already plain obvious that if a dead form is see-through it’s a GHOST. He goes into his amusing hyperactive – curious state where we wants to investigate and find out what the ghost want.

Throughout the episode, Clara is trying to help The Doctor understand feelings better or trying to change his personality, considering she asks him for cue cards each for what I assume is different situations and what’s appropriate to say in what situations. 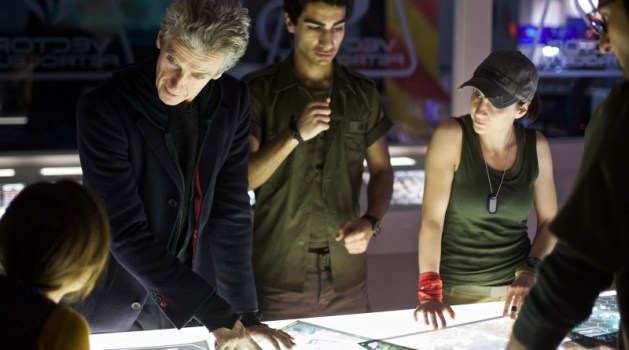 The Doctor traps himself with the ghosts to find out what they want, and with his new sonic sunglasses and the help of Cass they figure out what the ghost have been one lining for most of the episode:

“The dark, the sword, the forsaken, the temple…”

He then realizes that it’s related to a location on a map, rather than some ancient transcript or just random words stringed together. The base has to be abandoned so they all decide to head for the T.A.R.D.I.S and get out of the base. However, due to the floods they are split into groups of three- with The Doctor, Bennett and O’Donnell able to make it to the T.A.R.D.I.S.

After being separated from Clara, The Doctor decides the best option to discover what happened and why the alien ghosts are there is to travel back in time, so he travels to the location decades prior to the events of this episode. However, out of the window Clara notices a new ghost- only to discover that it’s The Doctor. 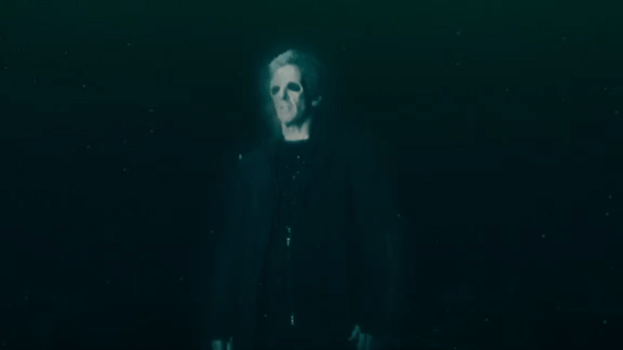