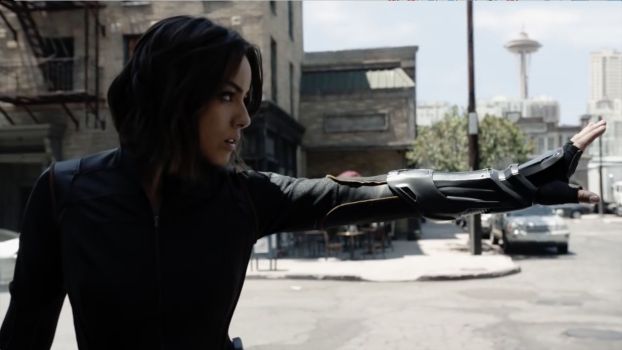 The long awaited Season 3 premier of Marvel’s Agents of S.H.I.E.L.D kicked off recently, following on from the jaw dropping finale of the explosive second season.

The previous season saw many changes to the show and events that carry into the third season- Bobbi Morse and Lance finally rekindling their relationship, Skye discovering her origins and name- Daisy Johnson (which she now uses instead of Skye), Phil Coulson losing his left arm, Melinda May taking a much needed extended vacation and Ward taking charge of the disbanded Hydra whilst also declaring war of S.H.I.E.L.D.  As for Simmons, well you’ll find out later on in the review.

All in all, a lot happened last season and thus I was expecting an equally explosive epic season premier, and you know what? It was delivered.

The most memorable moment of the episode was definitely the first sequence. We are introduced to our first new Inhuman of the season, Joey, and no less in a good old fashioned game of capture-the-flag, albeit capture-the-Inhuman between S.H.I.E.L.D and the ATCU in this case. We are introduced to a new government secret ops team which rivals our favourite secret ops team. This was what I loved about the first two seasons of Agents of S.H.I.E.L.D- the espionage-centric themes and tropes such as our heroes having to deal with Hydra in the first season and in the second season with Gonzales’s ‘so-called’ Real S.H.I.E.L.D. 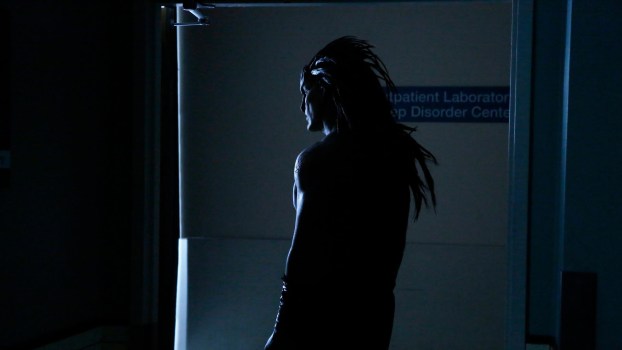 Another great and memorable moment was the introduction of Lash, interestingly only a recent addition to the comics (first appearing in Inhuman #1 last year). Lash is clearly a villainous Inhuman and a powerhouse with superhuman durability, evidenced when he was able to withstand attacks from both Daisy and Lincoln at the same time, and is also able to take bullets from Mack. Another important detail to point out is his ability to drain the life force of people, with his goal apparently being to search out other Inhumans for their presumed greater life force.

A few other great moments to point out include Coulson and Rosalind Price’s back and forth, Bobbi and Lance showing what a great couple they are, and finally Coulson and Fitz’s emotional scene regarding Simmons’s situation.

Just a few things to address which include the absence of Grant Ward. Hydra was name dropped as still active but not significant enough to gain their attention with the missing new Inhumans, but expect Coulson and the rest of S.H.I.E.L.D to get a big shock when he returns. No appearance from May, with it being stated she is on extended leave. I must say, even with almost half of the original cast missing, the episode was still exciting whilst still making it a traditional Agents of S.H.I.E.L.D episode. 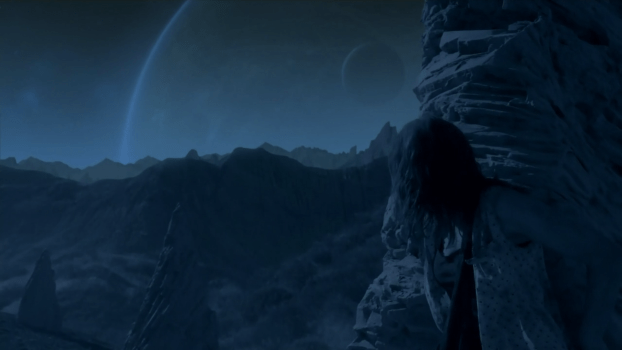 In traditional Marvel fashion, the end-credits scene leaves more questions than answers. After Simmons disappeared in the Season 2 finale, fans have been speculating for a long time as to what happened to her. Even though we don’t get many details, we see that Simmons is on an alien world. We’ll have to keep watching to find out what will happen to her…

In my opinion, the episode was very enjoyable. The episode introduces us to great new characters like Rosalind and Joey, while also catching us up quite admirably with how the world is moving on from The Battle of Sokovia and the Pym Tech incident. I am looking forward to seeing what the cast and crew of Agents of S.H.I.E.L.D bring us for the rest of this season.