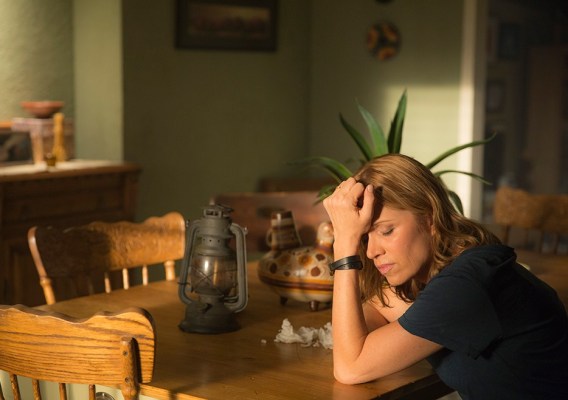 I think the episode did a really great job explaining the National Guard’s plans- “Cobalt” being a command code to initiate military evacuation from Los Angeles and to kill off any surviving civilians. While in previous reviews I’ve speculated that the National Guard’s presence was going to turn out to be a bad thing, I like that (if you really think about it) they’re not being made into villains. They have orders and you can understand why they may feel the need to kill off remaining civilians if the area becomes uninhabitable (the previous episode states there’s only a certain number of safe-zones), but it’s not good news for our heroes once they learn of the militaries true intentions. The evacuation is set to take place at 9 the following morning according to Andrew Adams. 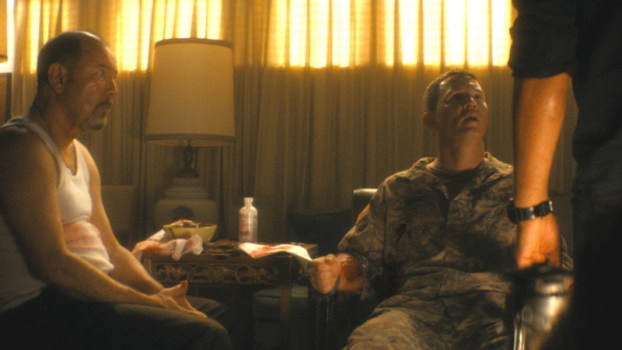 I really liked what they did with Andrew’s character in this episode. In the previous episode I wondered why they had Ofelia get into a relationship with him, but the way the group ended up using him for information in this episode was very cold and well done (the torture being a bit too much for Ofelia), but it helps Daniel, Madison and Travis learn of the intentions in the above paragraph. Andrew had it pretty rough in this episode…

The death of Griselda was unfortunate and I think they handled it very well, though I had predicted it ever since I saw that Patricia Reyes Spindola wasn’t credited among the main cast (but Mercedes Mason/Ofelia and Rubén Blades/Daniel are). It’ll be interesting to see how Daniel and Ofelia react to her death though, and I liked how Liza decided to be responsible for putting her down.

I do have one small complaints in an otherwise excellent episode. My complaint is the writer’s decision to kill off Moyers in the way that they did. I didn’t expect him to last beyond the first season, but considering the way they set him up in the last episode (with numerous similarities to The Governor) I wasn’t impressed that they killed him off-screen. I don’t mind characters we see in one or two scenes killed off-screen, but Moyers got a pretty big set-up in the last episode and it felt like they decided to cheaply write him out. 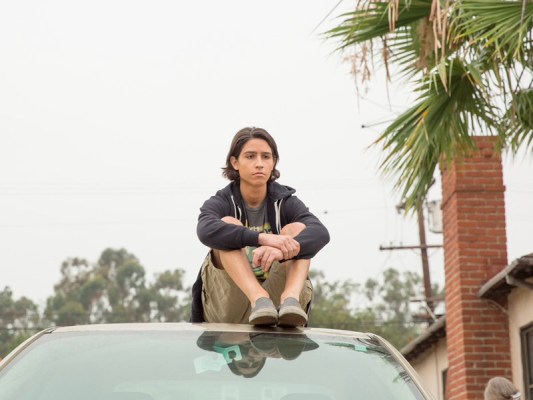 In terms of other characters, we see Nick meeting a new cellmate called Victor Strand (whose purpose is still unclear) and Alicia and Christopher bonding a little bit over smashing up someone’s house.

The episode ends with Daniel heading to the arena, where he hears the infected outside the doors growling (in a shot that is reminiscent of Rick looking at the “Don’t Open Dead Inside” door and hearing growls from the main series).

In my opinion, this was an excellent penultimate episode to the first season of Fear The Walking Dead. The reveal of the National Guard’s intention for Los Angeles was handled perfectly without making them necessarily villains, the death of Griselda was sad and the ending showing the Walkers outside the door was excellent. My only complaint was the decision to kill Moyers off-screen, but otherwise I thought it was an excellent episode which sets up a big season finale.