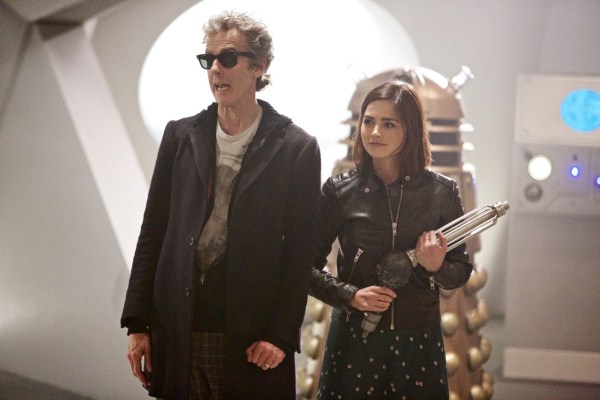 After their excellent Series 9 premier, surely Doctor Who couldn’t match the quality for the second episode of the newest series? Never doubt in The Doctor as this episode continued where the last episode left off in perfect fashion.

Even though they’re not my favourite Doctor Who villains, the new ideas the writers chose to go with for the Daleks were very clever. The graveyard (made of decaying Daleks) was horribly creepy and The Doctor saving the young Davros and teaching him about mercy (revealing the purpose of the final scene in the previous episode) leading to the Daleks knowing the concept of mercy was a great idea. Also, Clara posing as a Dalek was very interesting as well though it almost led to her dying. Definitely one of the better episodes for the Daleks in the revived series of Doctor Who.

Like in the previous episode, the interactions with The Doctor/Davros and Clara/Missy. The Doctor’s and Davros’ interactions were meaningful, especially Davros learning the truth about what happened to Gallifrey, and the scenes where Davros appears to be dying and they’re seemingly making small talk is interesting to watch. Of course, in some way all villains are deceitful and Davros comes very close to taking The Doctor’s regeneration energy, though it does allow him to create Dalek/Time Lord hybrids which (unfortunately for him) The Doctor suspected was his plan and tricked him, allowing The Doctor to defeat the Daleks again. 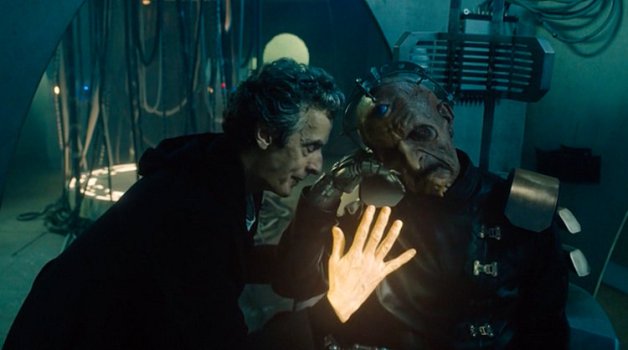 As far as Missy and Clara are concerned, their dynamic is also complex. Clara is wary of Missy and Missy is completely in control, as shown when she convinces Clara to pose as a Dalek and then Missy later on almost gets The Doctor to kill the Dalek that is really Clara (after Missy tries to convince him that Clara is dead). It’ll be interesting to see how The Doctor and Clara react when they next see Missy after what she tried to do… 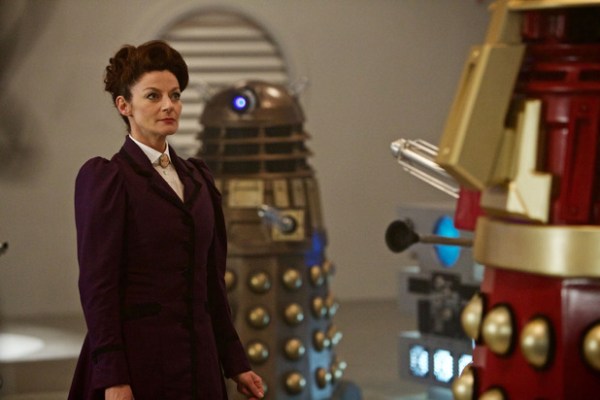 Even though I touched on it briefly, I do have to say the ending to this episode with The Doctor saving the young Davros and teaching him about mercy was brilliant. The ending of the last episode was great as well but did leave questions (like how The Doctor escaped) but this episode explained it perfectly and I couldn’t find any flaws with the writing in this episode.

If I had one minor complaint about this episode, I would say that I would have liked to have seen more of Skaro. Aside from a few areas (Davros’ control room, the Supreme Daleks’ area, the graveyard and a little of the outside) we really didn’t see that much of Skaro when you think about it. That said, this is my only complaint in an otherwise excellent episode.

In my opinion, this episode carried on perfectly from the opening episode of Series 9. The episode perfectly explained a few questions raised at the end of the previous episodes, the performances in this episode were excellent (The Doctor, Clara, Missy and Davros naturally standing out) and the ideas they came up with the Daleks were handled well. My only complaint is that we didn’t see more of Skaro but it doesn’t affect my rating too significantly.