Fear The Walking Dead Episode Review- “Not Fade Away” 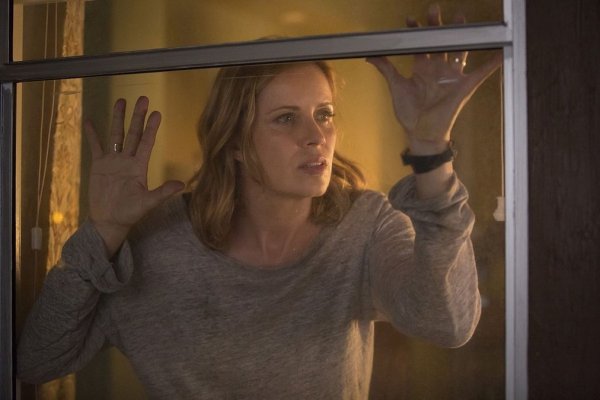 The fourth episode of Fear The Walking Dead- already an episode of the companion series where no Walkers appear.

While this frustrated a lot of The Walking Dead fans, I personally felt that this was a good move. You’re probably thinking that I’m in insane. Why do I think this was a good move? This was a good idea by the showrunners because the characters are led into a false sense of security, actually believing that the virus could be contained (though we ‘the viewer’ know otherwise). The main series has had episodes with no Walkers in them, but I will admit that I felt the companion series having such an episode was risky. In my opinion the risk paid off for the most part. More on that to follow…

Instead of focusing on Walkers, we got to see the effects the National Guard had on the area. It’s revealed that several days have passed since the events of the last episode and the National Guard effectively has the estate on lockdown (with curfews set up). Several new characters are introduced including Andrew Adams, Bethany Exner and Moyers.

As I speculated in my review of the previous episode, the National Guards presence is bad news. While they have everyone in the estate protected, their attitude is wrong and several characters (namely Chris and Madison) become suspicious of their activities. The former noticing a flashlight from someone outside the area and the latter comes across an area of dead bodies (with at least one not being a Walker). Travis (who we can safely say now is the moral compass of the group) tells Officer Moyers about the flashlight, and the episode ends with (in case you weren’t able to figure it out) the National Guard storming the building the flashlight guy was holed up in and killing him. Travis witnesses this from afar meaning the next episode will be very interesting. 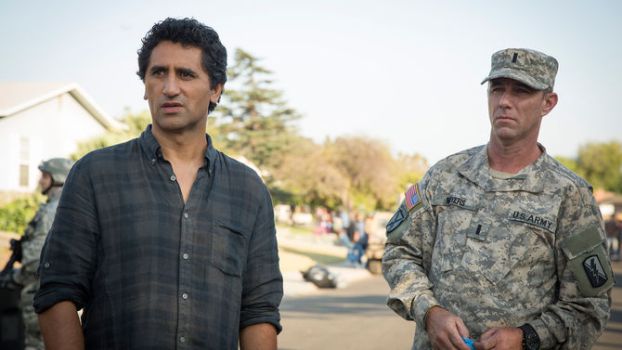 Getting back to the new characters, all three bring something new to the table. Officer Moyers is especially interesting because (for anyone who didn’t notice) there are various references to The Governor in his character. He acts as a solid leader but behind everyone’s back he does bad things and he likes playing golf, so it’s safe to say he’s actually going to be a bad guy. Andrew Adams is a National Guard soldier who has an attraction to Ofelia and we see a kissing scene with the two of them, and Bethany Exner is a nurse who seems like a pretty complicated character (she seemed nice but put Nick on the list of people to be brought to the hospital so who knows what her deal is).

We also see further exploration on a few characters that weren’t featured hugely in the last three episodes (even though they’re main cast members), Lisa ‘not really a nurse’ Ortiz and Ofelia ‘I’m going to flirt and then kiss with a random soldier’ Salazar. Don’t ask me why I gave them both those taglines. In all seriousness, they were the two main characters I felt we hadn’t seen explored so far so I thought their development in this episode was excellent. With the end of the episode (seeing Griselda and Nick taken away with Liza forced to go with them) it will be interesting to see two things in particular: 1. Madison is shown to be angry at Liza at the end of this episode so it will be interesting to see if her view changes and 2. How Ofelia reacts to Griselda being taken away. 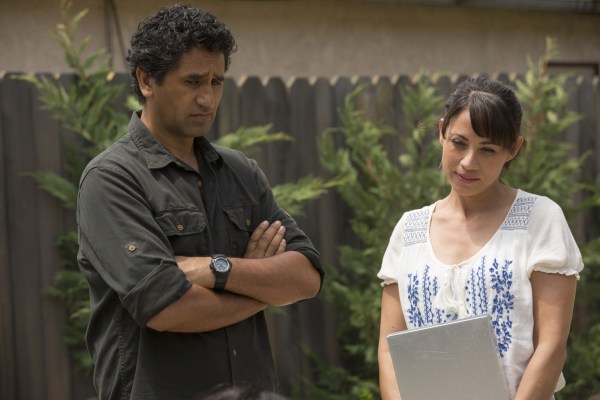 In my opinion, while I consider it the weakest episode so far, I think it’s another solid episode from Fear The Walking Dead. The idea of having an episode without Walkers so soon was risky, but I think it worked well in this context- showing the National Guard and giving the characters a false sense of security. The development of the new characters (as well as the first real development for Liza and Ofelia) was great to see as well and the ending hints at the last two episodes of the first season being very interesting.