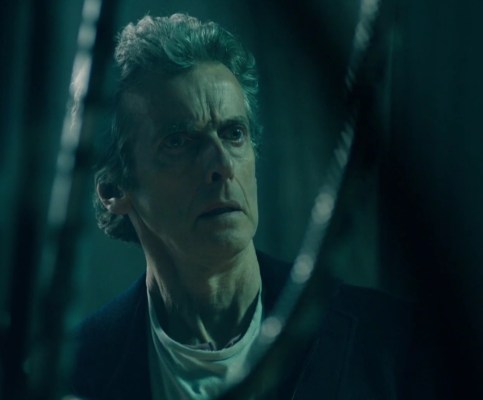 The revived Doctor Who series marches on with the premier of its ninth series, and what an excellent start to the series it was.

I’ll be the first to confess- while I did enjoy most of Series 8 (unlike a number of people who really didn’t like it) this episode was by far better than most of what we saw in Capaldi’s first series. This may sound a bit contrived or bizarre, but this episode truly did feel like Doctor Who. Sometimes (not mentioning any specific examples) there are episodes I feel don’t feel altogether like Doctor Who, but this was perfect- Davros’ return, Daleks, Skaro, Unit HQ, the voices of previous Doctors and other things I’ll get into later being some examples.

Like Series 8, the Series 9 premier is similar in that it doesn’t necessarily focus only on The Doctor. While some people don’t like how Clara Oswald is such a huge focus on the show, I thought the Clara/Missy ‘team-up’ was handled very well in this episode as they tried (and successfully managed) to locate The Doctor. The reveal that The Doctor gave Missy his will (which can only open when The Doctor is dead) leads to some interesting moments between the two characters.

Peter Capaldi again puts in a stellar performance as The Doctor, especially with it being such a difficult scenario for the character. From travelling back in time and encountering a young Davros, seeing the Daleks again and discovering that Davros had lured him, Clara and Missy to Skaro (before the Daleks exterminate Clara and Missy)- it certainly was a difficult episode for The Doctor and Capaldi put in one of his best performances as the character yet. Not to mention the TARDIS is seemingly vaporised too…

The number of characters returning this episode was really stellar if you could keep up and remembered them all. Here are the notable ones: Missy, Kate Stewart (both seen not too long ago in the Series 8 finale), Davros, The Shadow Architect (both last seen in the final Series 4 episodes) and Ohila (a character who featured in “The Night of the Doctor” mini episode and recently returned in a Series 9 prologue). Dorium Maldovar’s market settlement The Maldovarium also features. 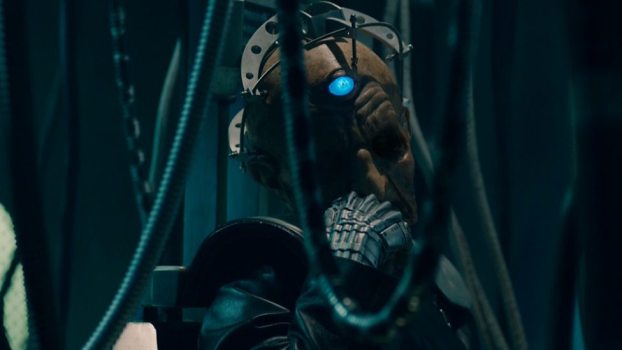 The villains in the episode were handled really well. We had the return of Davros and the Daleks, but also an interesting new villain called Colony Sarff (a character composed of snakes) who we’ll hopefully see more of.

Is it just me, or did the episode not reveal how Davros survived in the Series 4 finale? I don’t remember an explanation being given. On the one hand, while I feel we need an explanation for his survival on the other hand I worry that Moffat’s explanation could be pretty forced. I guess we may or may not find out in the next episode. Also, it’s pretty strange that they bring Davros back just to hint that he’s dying…

The episode ends with The Doctor travelling back in time again to where a young Davros is still trapped, holding a Dalek gunstick and shouting the iconic Dalek line: “Exterminate!” 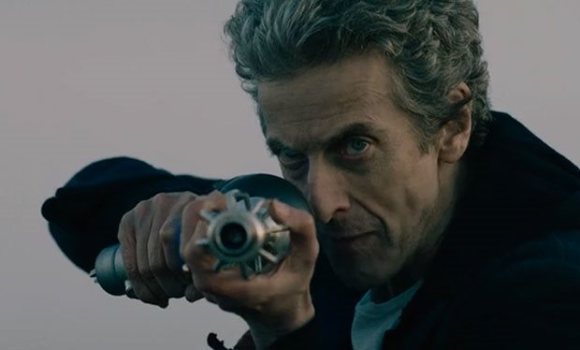 In my opinion, while not perfect “The Magician’s Apprentice” is still one of the best premier episodes of Doctor Who to date. It’s one of Peter Capaldi’s best performances as The Doctor so far, Clara and Missy’s interactions were interesting to watch and the return of Davros (as well as other characters) was great to see. Even with a large cast list (for one episode of Doctor Who) it didn’t feel crowded and still managed to flow perfectly. A lot of things included, including characters and locations, were nice nods to the fans that were thrown into the episode. The only problem I would have is that no explanation is given to how Davros survived the events of the Series 4 finale, but it was a very interesting idea to explore Davros as a young boy prior to his disfigurement.

Fun fact: This is the first episode where both Davros and Missy (The Master) appear.