Carrying on from Serena’s first showcase win in the last episode, Pokémon followed up with an entertaining episode in “Rotom’s Wish”.

While the episode is unlikely to be significant (or referenced) in future episodes of the show, it’s a good episode intended to entertain rather than include a lot of major events. While episodes with significant events happening are always preferable, entertaining episodes like this one (when done right) can please fans just as much.

The episode features Ash, Serena, Clemont and Bonnie travelling back in time (not that Ash remembers he has already travelled back in time before…) to help a Rotom change the past by making things right at the hotel they were staying at. Anyone else find it funny that only Bonnie doesn’t freak out when they’re going back in time? We learn that the rightful owner, Weston, had been outed on the hotels opening day by Mantle- exactly ten years before our heroes visited the hotel, finding that Weston had been kept around as a desk clerk.

So, Rotom brings Ash and co. back in time to change the events of that battle between Weston and Mantle- even though Rotom needs some encouragement (and the use of its ability to absorb various objects allowing it to use various types of moves), Weston and Rotom manage to defeat Mantle and his Krookodile (one of few Unova Pokémon to be featured in the XY series so far). 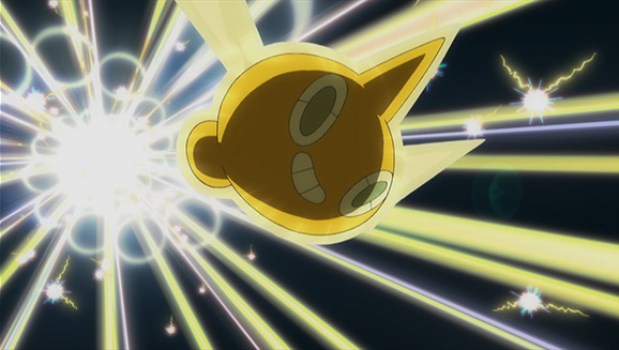 I think the episode handled going back in time really well. For a lot of shows (excluding shows that are actually based around going backwards or forwards in time like Doctor Who) it can be a challenge to make the story of going back in time plausible, but it’s handled really well in this episode and even the return to the present time was handled perfectly.

Upon the return of Ash and co. to the present time, everything is fixed with Weston the rightful owner. We’re briefly left to wonder if there’s any evidence in the hotel that our heroes were there, when they spot a framed photo featuring the group of heroes (with Ash shaking Weston’s hand) after they save the hotel from Mantle which ended the episode on a nice note.

In my opinion, this was a really nice entertaining episode. It served as a good follow on to a significant episode and I felt it was a good choice to have such an episode right after Serena’s first showcase win. The idea of travelling back through time was handled really well and the episode ends on a very nice note. As I said earlier in the review, I don’t think anything in this episode will be referenced in the future of the show but it still serves as a good episode.

Note: Anyone else feel like this episode was similar to the Battle Frontier episode “Time Warp Heals All Wounds”? The episode starts with a place that looks like it has seen better days and features characters going back in time to change certain events (though in that episode it was May and Meowth). 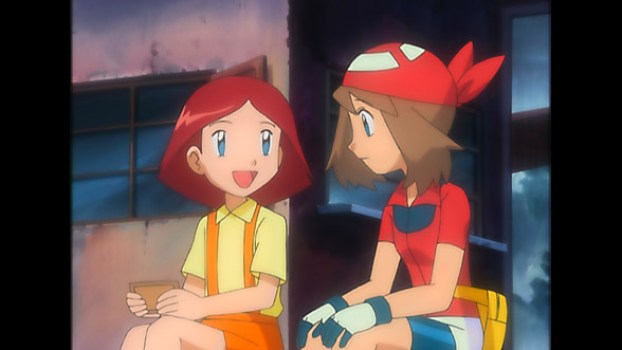