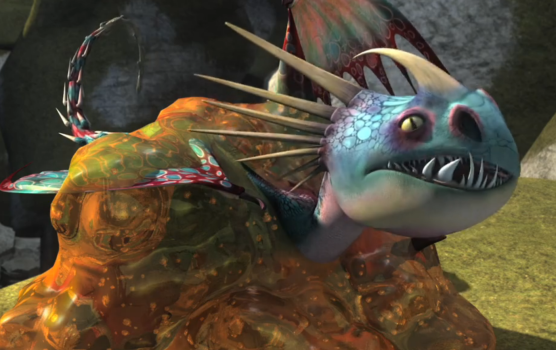 The third episode of Dragons: Race to the Edge sees Hiccup and the gang leaving Berk to explore beyond the archipelago with the Dragon Eye, which leads on from the cliff-hanger in the previous episode where Hiccup finally manages to get the Dragon Eye working.

Just like the last episode, a new type of dragon is introduced and it was definitely a memorable one. I pointed out in our first Race to the Edge episode review that (much like Marvel’s Daredevil series) it feels like the How To Train Your Dragon TV shows are allowed to be darker on Netflix. The new dragon, called the Death Song, is a definite indication of this. The dragon lures other dragons to their death with a song, but on top of that, it’s basically a cannibal dragon as the death it inflicts is by eating them. I have to admit that it was a really good idea to have a dragon like the Death Song that eats other dragons. Naturally, as Dragons is still aimed at a younger audience, it doesn’t actually show this happening but it’s heavily implied on at least two occasions and sometimes things only need to be implied to have a large impact. 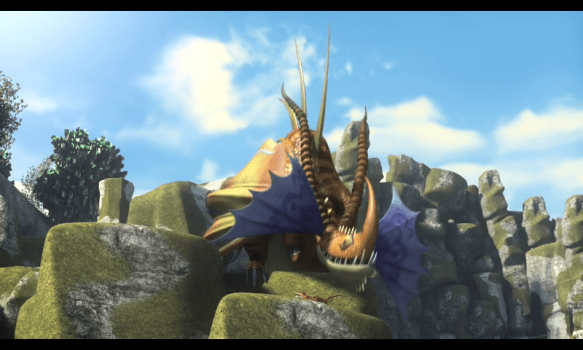 As well as the Death Song, I really liked how the showrunners decided to not immediately have our heroes find their island to settle on (considering so much publicity was on the Dragon’s Edge which we will eventually get to) and have them trying out islands first. This is a good story-telling idea because (as is the case in this episode) things may be too good to be true, as the island they settle on seems peaceful until they discover the Death Song. This was a good story-telling angle to use instead of having Hiccup and co. settling on island immediately after leaving Berk.

Out of curiosity, did anyone else tense up in the council scene when Stoick tells Toothless to look after Hiccup? Knowing what happens in How To Train Your Dragon 2 (with Race to the Edge taking place a year before the second film) makes the scene really stand out.

I’ve also had a question on my mind for a while- We’ve seen Thunderdum dragons in Riders of Berk and Defenders of Berk but I could swear that this is the first episode to mention they don’t have great hearing. I don’t remember that ever being mentioned before but I could be wrong. Did anyone else think about this watching the episode? I could be mistaken. 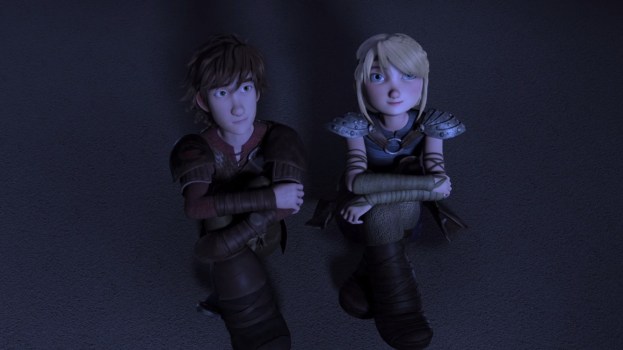 In my opinion, the third episode of Race to the Edge is a key episode that, in some way, feels like the first episode of Race to the Edge. By this I mean that it’s the episode where Hiccup and the others leave Berk to find their own island so they can continue exploring, with the previous two episodes setting up future events (bringing back Dagur the Deranged and the discovery of the Dragon Eye). The Death Song was a really interesting new dragon and having an episode with the heroes trying to find a suitable island was a necessary addition, in my opinion. I don’t think the episode was perfect but it was very important in moving the story along, which sometimes is what matters the most.